It's No Joke: Burundi Locks Up Funny Man 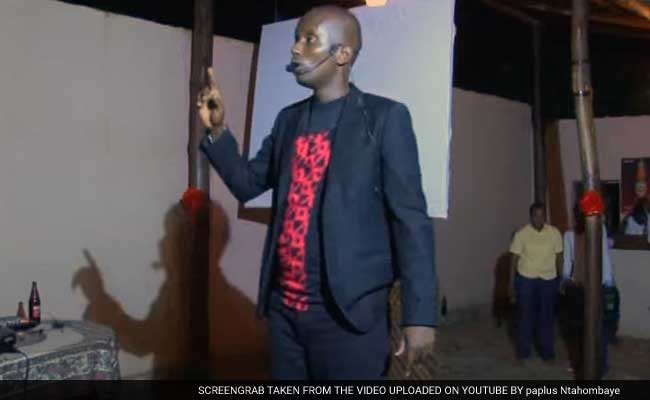 Nairobi, Kenya: A popular Burundi comedian known as "Kigingi" was arrested this week after poking fun at the president, his family said on Friday.

He was apprehended at a hotel in Muramvya, 50 kilometres (31 miles) east of the capital, while on a promotional tour for a beer company.

"He was transferred to Bujumbura and is being held in the SNR dungeons, but no one has been allowed to see him", said a concerned relative, who did not want to be named for fear of repercussions.

The relative said Mugenzi's family fears the funny man may suffer the same fate as others taken by the SNR, who rights groups say are commonly tortured or simply disappeared. Many hare reported to have died in jail.

SNR officers told the relative that Mugenzi was arrested "for contempt of the head of state" after a skit he performed in neighbouring Rwanda last year, in which he lampooned football-mad third-term Nkurunziza, showing him refusing to leave the pitch despite receiving two yellow cards.

Nkurunziza's refusal to stand down after two terms and instead run for a controversial third mandate in 2015 triggered bloody unrest, a failed military coup and months of violence that has killed hundreds of people and driven a quarter of a million to flee the country.

Nkurunziza, a born-again Christian and former sports teacher, is the player-owner of Hallelujah FC, where he is frequently the top scorer.
An intelligence official confirmed Mugenzi's arrest saying the comic routine was "insulting the president".

"He will soon be released, this time," the official added.