Dozens of Palestinian demonstrators broke into the Gaza side of the terminal on Friday, setting a pipeline that delivers gas from Israel alight and torching a goods conveyor belt. 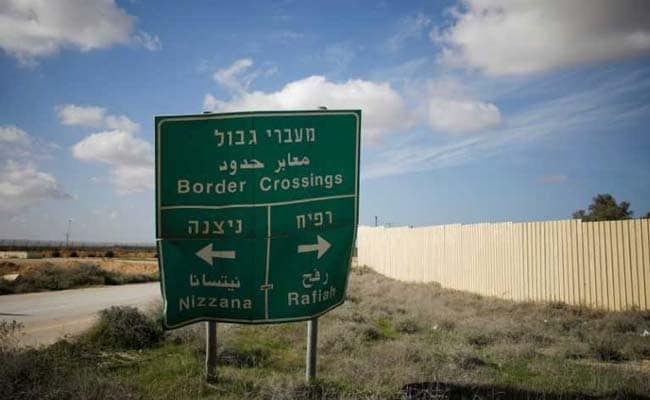 Road sign pointing to directions of border crossings, next to the Kerem Shalom border entrance (Reuters)

Jerusalem: Israel closed the Kerem Shalom border crossing with the Gaza Strip on Saturday, a day after the terminal was damaged during protests by Palestinians that turned violent.

Dozens of Palestinian demonstrators broke into the Gaza side of the terminal on Friday, setting a pipeline that delivers gas from Israel alight and torching a goods conveyor belt.

The violence caused damage to the terminal, where humanitarian supplies are delivered, which is estimated at more than $9 million, Israeli officials said.

"The crossing will remain closed until the damage caused by the riots are repaired and will reopen in accordance with a situation assessment," the Israeli military said, adding that in the meantime it will be opened for humanitarian cases only.

More than two million people are packed into the narrow coastal enclave of Gaza, where poverty and unemployment rates are high.

The incursion took place during a weekly mass protest in which thousand of Palestinians gathered along the Israel-Gaza frontier. Crowds of Palestinians clashed with Israeli soldiers and one Palestinian was killed by Israeli gunfire.

More than 40 Palestinians have been killed during six weeks of protests and tens of thousands of Gazans are expected at tented border encampments in the coming days.

Promoted
Listen to the latest songs, only on JioSaavn.com
Gaza is run by the Islamist Hamas movement, which Israel and the West designate a terrorist organization. Citing security concerns, Israel maintains tight control over its land and sea borders. Egypt also restricts movement in and out of Gaza.
© Thomson Reuters 2018