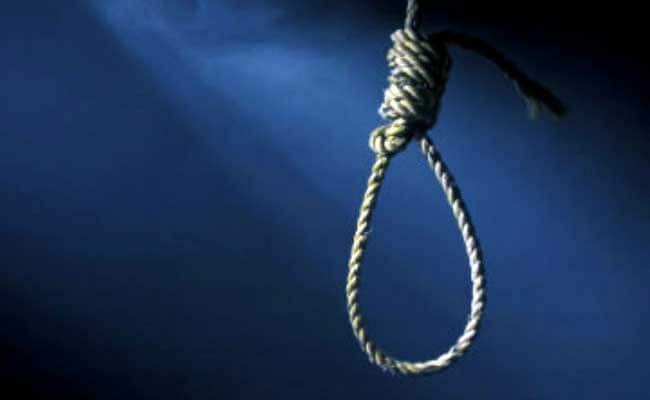 A judicial source said all 47 were Iraqi citizens and present in court for their sentencing. (Representational Image)

Baghdad: An Iraqi court today sentenced 40 men to hang over the June 2014 massacre by Sunni jihadists and allied militants of hundreds of military recruits in Tikrit, the judiciary said.

The central criminal court in Baghdad found 40 of 47 defendants guilty of involvement in the "Speicher" massacre, named after the base near where the victims were captured before being executed.

"The court ordered the execution of 40 (people) convicted of involvement in the incident, while seven were released for lack of evidence," Iraq's judiciary spokesman Abdel Sattar Bayraqdar said in the statement.

Bayraqdar said the sentences were handed down under Article Four of Iraq's anti-terrorism law, which states that anyone who perpetrates, incites, plans, finances or assists acts of terrorism will be sentenced to death.

A judicial source said all 47 were Iraqi citizens and present in court for their sentencing.

"Some of them actually did the killing and others assisted them in this crime," the official, who could not give his name because he was not authorised to talk to the press, told AFP.

He said the 40 were sentenced to death by hanging.

The court itself did not reveal the identities of the defendants nor any details of the circumstances of their arrest.

In a similar trial in July 2015, 24 men were sentenced to hang over the Speicher massacre, which was committed during the first days of the Islamic State group's sweeping offensive in Iraq.

All of them had denied involvement.

Some had said they were not even near Tikrit at the time, others that they never saw a lawyer and that the confessions used to secure convictions were obtained under torture.

Rights groups had criticised that trial as not meeting many of the standards required for such crimes.

The highest estimate for the number of men murdered in the Speicher massacre is 1,700. Tikrit was retaken from IS in April 2015.

Amnesty International today criticised "a fundamentally flawed mass trial" which it said brought the number of death sentences handed down by Iraqi courts this year to 92.

"For Iraqi courts to hand down 92 death sentences in just six weeks is a grim indicator of the current state of justice in the country," the rights watchdog's Middle East and North Africa deputy director James Lynch said in a statement.

"The vast majority of the trials have been grossly unfair, with many of the defendants claiming to have been tortured into 'confessing' the crimes," he said.

Before a death sentence can be carried out in Iraq, it must be ratified by the president.

Amnesty said the current head of state, Fuad Masum, has come under significant pressure to do so but called on the Iraqi authorities to establish an official moratorium on executions.

The Speicher massacre is considered one of ISIS' worst crimes since it took over large parts of the country in 2014.

Combined with a call by the country's top Shiite cleric Grand Ayatollah Ali al-Sistani for Iraqis to take up arms against them, the Speicher massacre played a key role in the mass recruitment of Shiite volunteers to fight the jihadists.