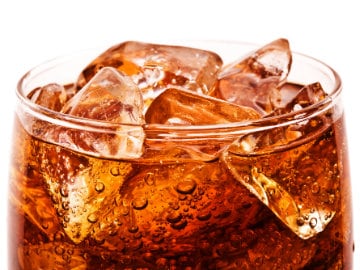 London: A 37-year-old Indian-origin graphic designer charged with attempting to poison her magistrate mother was on Thursday cleared of attempted murder charge by a UK jury.

Kuntal Patel had denied trying to kill her mother, Meena Patel, by spiking her Diet Coke with deadly abrin after she forbade her to marry her boyfriend, Niraj Kakad.

The jury at Southwark Crown Court found Patel guilty of acquiring a biological agent or toxin but cleared her of attempted murder.

The jury of six men and six women deliberated for just over three hours to arrive at the verdict at the end of a two-week trial.

Patel will be sentenced on November 7 for acquiring the abrin.

The plot had been described at her trial at Southwark Crown Court here as being inspired by hit US TV series 'Breaking Bad'.

Taking to the witness box earlier this week, Kuntal dabbed tears away from her eyes with a handkerchief as she spoke about how her mother beat her and called her a "f*****-up-brain girl".


Kuntal lived with her mother and younger sister, Poonam, in east London, where her mother kept tabs on her round the clock and "started slapping" her "on and off".

She turned to an Asian matrimonial website to find a man she could marry and have children with - but her "manipulative" mother even wrote her online dating profile for her. When she struck up a relationship with Kakad, her mother quickly turned sour and tried to break them up, the jury was told.

When Kakad, who lived in Arizona in the US, flew out to see Patel in June 2012, her mother wanted to "check him out" before she met him in person herself, the court heard.

Kuntal said she respected her mother's views. "I knew she was just frightened and we didn't have much family support and I knew that as a mother she was worried about me," she said.

She allegedly bought a deadly dose of abrin last December which she slipped into her mother's drink to kill her. But her mother survived.