London-based Srichand and Gopichand Hinduja are listed with an estimated fortune of around 20.64 billion pounds 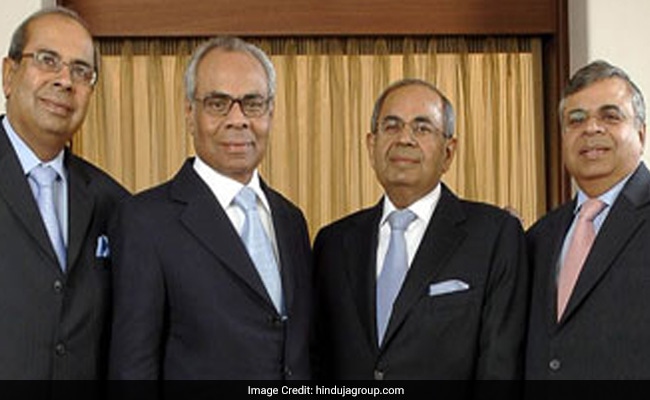 London: The Indian-born Hinduja brothers have been displaced to second position by chemicals entrepreneur Jim Ratcliffe in an annual rich list of Britain's wealthiest released today.

London-based Srichand and Gopichand Hinduja are listed with an estimated fortune of around 20.64 billion pounds, compared to Mr Ratcliffe's 21.05 billion pounds, in the Sunday Times Rich List.

They lead nearly 47 Indian-origin super-rich people in the 2018 list of the UK's 1,000 wealthiest people.

"Britain is changing. Gone are the days when old money and a small band of industries dominated the 'Sunday Times Rich List'. Aristocrats and inherited wealth has been elbowed out of the list and replaced by an army of self-made entrepreneurs," notes Robert Watts, who compiled the list.

"Today's super rich include people who have set up businesses selling chocolate, sushi, pet food and eggs. We're seeing more people from humble backgrounds, who struggled at school or who didn't even start their businesses until well into middle age," he said.

Mr Ratcliffe, described as a self-made British-born industrialist who came from very humble beginnings to launch chemical firm Ineos, has jumped to top place from 18th in 2017 by amassing nearly 15.3 billion pounds over the past year.

"London-based Mr Gopi, 78, and Mr Sri, 82, oversee the family empire. Brothers Mr Prakash, 72, and Mr Ashok, 67, are based in Geneva and Mumbai respectively, the list notes in reference to the Hinduja brothers, who saw a hike in their fortunes of around 4.44 billion pounds over the past year but missed out on the top spot this year.

"Today investments span oil and gas, IT, energy, media, banking, property and healthcare. The biggest successes over the past year have been their Indian automotive manufacturer Ashok Leyland and the Mumbai-based IndusInd Bank, the share prices of which have respectively risen by 49 per cent and 27 per cent," it adds.

Mr Mittal, 67, provides the steel for one in four of the world's cars. After some trying times, the Indian tycoon's empire resumed paying dividends earlier this year, having suspended them in 2015, the rich list notes.

Another high-ranked Indian-origin businessmen on the list is Sri Prakash Lohia, owner of Singapore-headquartered Indorama group, with an estimated 5.15 billion pound fortune and ranked 25th.

India-born healthcare and foreign exchange magnate Bavaguthu Shetty makes his debut on the list at No 59 with GBP 2.38 billion.

He is followed at No. 60 by retailers Mr Simon, Mr Bobby and Mr Robin Arora with an estimated 2.3 billion pounds. Bengaluru-based Biocon founder Ms Kiran Mazumdar-Shaw is on the list at No. 75 alongside her Scottish husband, John, with GBP 1.75 billion.

Leading NRI industrialist Lord Swraj Paul and family mark a significant revival of fortunes after registering a hike in wealth of around 840 million pounds over the last year to come in at No 90 with an estimated fortune of 1.5 billion pounds.

"Mr Paul's business interests are thriving again. Profits at Bull Moose Industries more than doubled to nearly 48 million pounds on sales of 370.4 million pounds in 2016 after an earlier decline in the steel industry pushed his main UK operation into administration," the analysis concludes.

Mr Mukesh Ambani is conspicuous as the only Indian on a separate "50 Richest in the World" ranking, with 31.7 billion pounds.

The Reliance Industries chief is ranked No. 19 on a list topped by US-based Walmart owners the Walton family.

The year 2018 marks the 30th edition of what is claimed to be Britain's definitive guide to wealth. The list finds that the 1,000 richest individuals and families in the country have a combined wealth of 724 billion pounds a 10 per cent rise on last year's figure of 658 billion pounds.

Promoted
Listen to the latest songs, only on JioSaavn.com
The billionaire count has risen to 145 11 more than last year.

The super-rich needed a wealth of GBP 115 million to break into this year's Sunday Times Rich List', nearly four times the GBP 30 million necessary to appear in the first edition back in 1989. There are also a record number of 141 women in the list this year.
Comments
Hinduja BrothersLN MittalBritain