The deal is part of the bloc's "Asia connectivity" strategy, launched last year amid growing international concerns about Beijing's vast "new Silk Road", which is building railways, roads and ports being built across the globe using billions of dollars in Chinese loans. 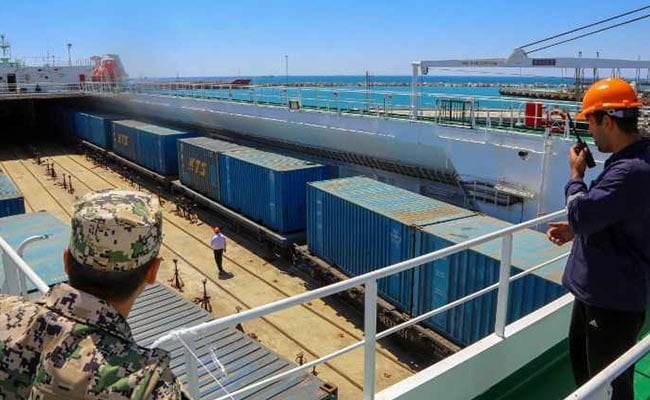 The EU-Japan agreement stresses on importance of projects being sustainable, environmentally and fiscally

The EU and Japan on Friday signed an infrastructure agreement to link Europe and Asia, as a counter to China's ambitious "Belt and Road" strategy. Japanese Prime Minister Shinzo Abe and European Commission chief Jean-Claude Juncker inked the accord to coordinate infrastructure, transport and digital projects connecting Europe and Asia.

The deal is part of the bloc's "Asia connectivity" strategy, launched last year amid growing international concerns about Beijing's vast "new Silk Road", which is building railways, roads and ports being built across the globe using billions of dollars in Chinese loans.

The EU-Japan agreement repeatedly stresses the importance of projects being sustainable both environmentally and fiscally - a veiled swipe at the Belt and Road scheme, which critics say saddles countries with vast debts to Chinese companies that they cannot repay.

"Connectivity must be sustainable in financial terms - we must bequeath to the next generation a more interconnected world, a cleaner environment and not mountains of debt," Juncker said in a speech before the signing ceremony.

"It's also a question of creating interconnections between all countries in the world and not merely dependence on one country."

While the EU insists its push on infrastructure connections to Asia is not intended as a rival to Belt and Road, privately senior officials acknowledge that it was a factor that pushed them to act.

China says its trade with Belt and Road countries has exceeded $5 trillion, with outward direct investment surpassing $60 billion, and the "soft power" clout it has brought Beijing has drawn envious looks from Brussels.

"China woke us up to realise that there is something that we're already doing, but they are using it for their geopolitical objectives," one senior EU official said.

The EU provides huge sums in loans, grants and development assistance around the world, but it has had limited success in converting this largesse into influence.

Juncker's replacement Ursula von der Leyen takes office in November on a pledge to make the EU a bigger player geopolitically and the Asia connectivity plan is seen as a significant plank of this ambition.

"In a bifurcated world dominated by the US and China, a lot of places around the world are looking for European leadership to present an alternative," another senior official said.

"We have heard that call and we are now putting the various strands and elements together in a more comprehensive strategy."

Even in its own backyard the EU has sometimes struggled to be heard, with the Cooperation between China and Central and Eastern European Countries group - also known as the 17+1 - making a splash with a series of high-profile investments and summits.

EU officials admit they need to do more to counter the narrative of Chinese generosity in eastern Europe, pointing out that in fact the bloc's funding to the same area of 230 billion euros dwarfs what Beijing has invested in the same period - 600 million euros.

"The EU can be accused of many things but not of selling itself effectively," one official quipped.