Nigel Farrage lashed out at the "irrelevant" views of the Duke and Duchess of Sussex, the "overweight" late Queen Mother, and Prince Charles - or "Charlie Boy" - whom he hopes never becomes king. 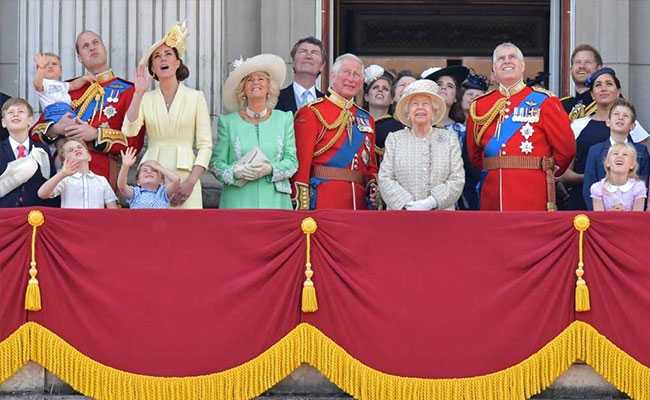 The leader of the Brexit Party lashed out at the "irrelevant" views of the Duke and Duchess of Sussex, the "overweight" late Queen Mother, and Prince Charles - or "Charlie Boy" - whom he hopes never becomes king.

Farage made the comments on Saturday at a dinner of the Conservative Political Action Conference (CPAC) in Sydney, inspired by the American gathering of the same name. Media outlets were banned from the dinner, but the Guardian newspaper obtained a partial recording of the speech.

The queen, Farage said, was "an amazing, awe-inspiring woman; we're bloody lucky to have her."

But there was little love for other royals, including the queen's grandson Prince Harry. Farage described him as "all male" and "the most popular royal of a younger generation" before meeting American actress Meghan Markle, who became Duchess of Sussex when he married her in May 2018. Farage referenced Harry dressing up in a Nazi uniform and his military tours in Afghanistan.

Harry, Farage said, was once "this young, brave, boisterous, all male, getting into trouble, turning up at stag parties inappropriately dressed, drinking too much and causing all sorts of mayhem. And then, a brave British officer who did his bit in Afghanistan. He was the most popular royal of a younger generation that we've seen for 100 years."

"And then he met Meghan Markle, and it's fallen off a cliff. We've been told in the last week that Meghan and Harry will only have two children . . . and we're all completely ignoring the real problem the Earth faces, and that is the fact the population of the globe is exploding but no one dares talk about it, no one dares deal with it, and whether Prince Harry has two kids is irrelevant given there are now 2.6 billion Chinese and Indians on this Earth."

In the September edition of British Vogue, which Meghan guest-edited, Prince Harry talked to primatologist Jane Goodall about climate change and how he plans to have "two, maximum!" children.

According to the Sydney Morning Herald, Farage told the Sydney gathering that since Harry wed Meghan, he has become the "prince of wokeness."

Prince Charles, 70, the heir to the British throne, did not fare well, either.

"When it comes to Charlie Boy and climate change, oh dear, oh dear, oh dear," Farage said. He said that he hoped that the queen, 93, would live "a very, very long time" to stop Charles from becoming monarch.

Farage was greeted warmly at the conference, introduced as "quite possibly" the next British prime minister, and received a standing ovation.

Farage has tried, and failed, to become a member of Parliament seven times. He is currently the leader of the Brexit Party, which has eaten into the governing Conservative Party's vote share. A recent poll of British voters put support for the Brexit Party at 16 percent, compared to 31 percent for the Conservatives.

The Brexit Party leader, often quick to criticize fellow politicians, was also applauded at the conference when he described former Australian prime minister Malcolm Turnbull as "a snake."

Farage has a history of disagreement with members of the royal family whom he feels overstep their apolitical positions - especially when they take stands that differ from his own.

In 2008, when Prince Charles gave a speech to the European Parliament advocating an increase in European Union powers, Farage, then leader of the U.K. Independence Party, refused to join his peers in a standing ovation.

"How can somebody like Prince Charles be allowed to come to the European Parliament at this time to announce he thinks it should have more powers?" Farage said at the time, according to the BBC.

Farage's remarks about the royals drew a critical response from some members of the British public. The royal family remains popular across the country - even Prince Charles, a relatively divisive member of the family, has double the approval ratings of Farage himself, according to data from YouGov, a British polling company.

David Lammy, a Labour Party member of Parliament in the London borough of Tottenham, urged Farage to "lay off" the Duchess of Sussex in a tweet on Monday, labeling the Brexit Party leader a "bellicose toad."

(Except for the headline, this story has not been edited by NDTV staff and is published from a syndicated feed.)
Comments
Nigel FaragePrince harry