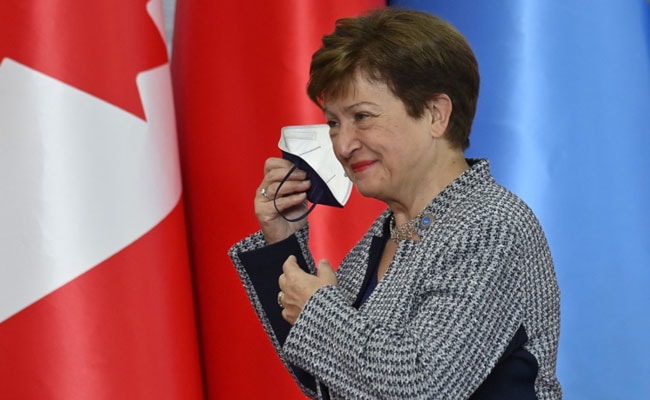 Georgieva published a blog post titled "Climate Threat Demands More Ambitious Global Action" before heading to Glasgow, where she will take part in the climate talks according to an IMF spokesperson.

"To achieve these cuts, policymakers attending COP26 must address two critical gaps: in ambition and in policy."

"Even if current commitments for 2030 were met, this would only amount to between one- and two-thirds of the reductions needed for temperature goals," she said. "Regardless of how cuts are spread across country groups, everyone has to do more."

The IMF head called on advanced economies to stick to their commitment to provide $100 billion per year in financing to low-income countries, starting in 2020, to offset the cost of moving away from fossil fuels.

She warned that the latest figures show "we remain short of that target."

"A global carbon price exceeding $75 per ton would be needed by 2030, to keep warming below 2 degrees" Celsius, she wrote.