Smaller Than A Grain Of Salt, These Tiny Computers Can Tackle Fraud, Tech Giant IBM Predicts

World's Smallest "Salt-Grain Sized Computer": Cryptographic anchors such as ink dots, or tiny computers will be used in tandem with blockchain technology to ensure an object's authenticity. 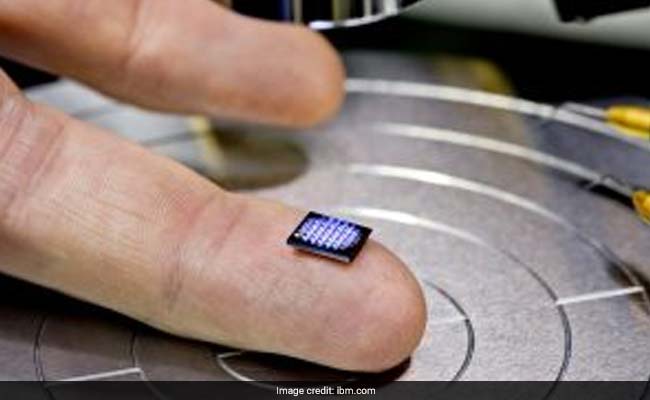 The tiny computers will also tackle food safety among other issues, IBM has predicted.

In the next five years, tiny computers - smaller than a grain of salt - will be tackling issues of counterfeit and food safety among others, tech giant IBM has predicted.

These cryptographic anchors such as ink dots, or tiny computers anchors, touted to be world's smallest computers, will be used in tandem with blockchain's distributed ledger technology to ensure an object's authenticity from its point of origin when it reaches its consumer, the tech giant said in a statement.

Are these tiny computers more than just technological innovation? Yes, because fraud costs the global economy more than USD 600 billion a year.  In some countries, nearly 70 per cent of certain life-saving drugs are counterfeit.

Apart from the tiny computers, IBM - at its annual event Think 2018 - predicted that lattice cryptographic anchors , AI bias , AI- powered robot microscopes and quantum computing  will reshape technology over the next five years.

With lattice cryptography, the users can work on a file, or encrypt it, without ever exposing sensitive data to hackers. And AI microscopes, networked in the cloud and deployed around the world will help in monitoring the water resources across the world. The AI microscopes will help in situations like oil spills and runoff from land-based pollution sources. These would even predict threats such as red tides.

According to Arvind Krishna, Head of IBM Research, these technologies, in the debeloping stage, aim at dealing with societal problems.