The Gavin family's successors, however, have already left Sanibel due to Hurricane Ian, that devastated the little island and the last week. 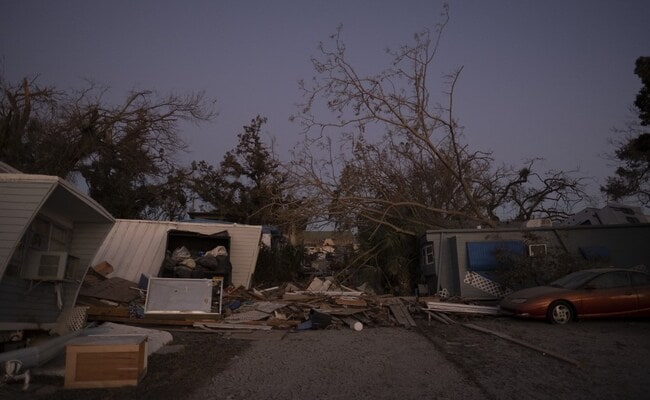 Hurricane Ian, which made landfall on Florida's southwest coast on Wednesday at 3:05 pm ET (local time).

One of the first two black families to settle on Sanibel, an exquisite island that extends out into the Atlantic like a fishing hook off the west coast of Florida, was the Gavin family, who came over a century ago. They have persevered despite adverse weather, prejudice, and rising living expenses, said a report from BBC.

The Gavin family's successors, however, have already left Sanibel due to Hurricane Ian, which devastated the little island last week with such force that it submerged entire neighbourhoods and lost electricity to almost two million people. It's uncertain whether or when they will ever be allowed to come back, the outlet further said.

Oscar and Myra Jean Gavin, who are both in their 70s gathered as much of their belongings as they could fit in their car before the hurricane. The elderly couple drove across the poorly constructed walkway that connects Sanibel to the mainland in order to spend the duration of the storm in a friend's Fort Myers condominium.

Since then, they have had no way out because Ian destroyed the causeway, cutting off the island from the mainland for the near future. Because of this reason, the significant connection between the Gavin family and the history and culture of the island could also have been damaged, reported BBC.

As quoted by BBC, Oscar and Myra Jean Gavin's daughter Phoebe said, "Our family has been a fixture of that community for a very long time. The idea of losing that is losing a huge part of who we are."

With its powerful winds and heavy rains, Hurricane Ian, which made landfall on Florida's southwest coast on Wednesday at 3:05 pm ET (local time), caused "catastrophic" devastation and flooding. The category 4 storm's top wind speeds were 155 mph before it hit land. Although it has already been downgraded to a tropical storm, its impacts are still being felt in the southeast.