How Refuelling Planes Mid-Air Could Help the World 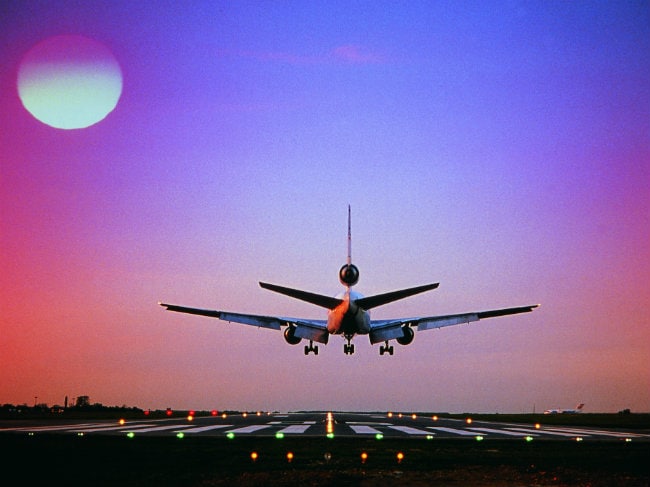 A system for re-fuelling passenger planes mid-air could slash the amount of kerosene needed for a long haul flight by nearly a quarter, researchers said today.

Kerosene reserves make up about a third of the weight on long distance passenger flights at take-off so reducing them and refuelling mid-air could mean huge savings, said the Zurich University of Applied Sciences (ZHAW), which participated in the study.

"The results of our collaborative research indicate a fuel burn reduction potential on isolated aircraft level between 11 and 23 per cent for a typical 6,000 nautical miles flight with a payload of 250 passengers," the researchers said.

The Research for a Cruiser Enabled Air Transport Environment, or RECREATE, project said even the low-end of that scale "is usually considered as large in the aerospace industry."

The scientists, associated with nine different European research institutes, have for the past three years been studying the feasibility of civil air-to-air refuelling operations similar to those used for military aircraft.

The study said passenger flights could take off with less fuel and retank once they reach an altitude of 10,000 metres.

Refuelling planes would carry enough fuel to serve between three and five passenger aircraft at specific spots, like petrol stations in the sky, near the main airways and far from inhabited areas.

This would also reduce noise pollution near airports since planes make more noise the heavier they are at take-off, said Leonardo Mafriani, who heads the project for ZHAW.

The system would also allow for non-stop flights between destinations as far apart as Zurich and Sydney.

The researchers said they had used simulators to determine that the project is technically possible.

Promoted
Listen to the latest songs, only on JioSaavn.com
The RECREATE project also includes a second, and far more radical proposal: creating a sort of air-metro system, with giant aircraft circling the globe, and smaller "feeder aircraft" unloading passengers, luggage and waste midair and transporting them to destinations along the way.

The researchers acknowledge though that for the second part of the project, "neither airworthiness nor acceptance of the idea by the general public is within sight."