How Meghan Markle Honoured Prince Harry At US Open: Report

She paid a sweet tribute to her relationship with Prince Harry by sporting a gold necklace from designer Mini Mini Jewels. 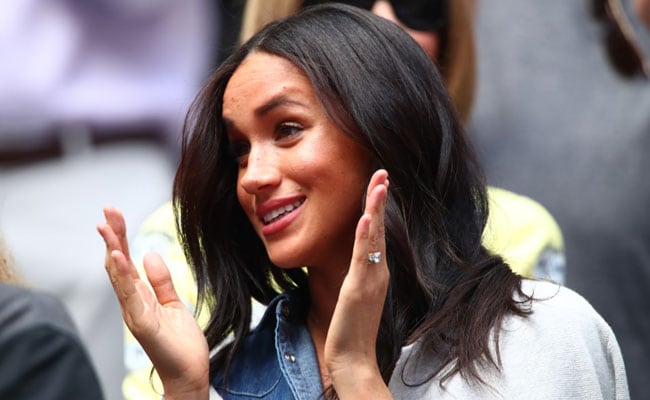 Duchess of Sussex Meghan Markle at US Open

While cheering for good friend Serena Williams at US Open on Saturday, Duchess of Sussex -- Meghan Markle -- sported a casual chic denim look.

She paid a sweet tribute to her relationship with Prince Harry by sporting a gold necklace from designer Mini Mini Jewels. The necklace had two dog tag pendants, one of which had the initial "H" on it, while the other had an "M", reported People.

The former "Suits" actor has a tradition of honouring her boys during her solo outings.

When she made her appearance at Wimbledon earlier this summer, she paid a sweet tribute to her baby boy with a delicate gold chain featuring the letter "A" for Archie.

She also debuted a new eternity ring for the Trooping the Colour in June, which she wore along with her wedding band and engagement ring.

Eternity rings generally comprise of many small diamonds covering the entire circular band. This ring is traditionally given on a significant occasion, such as the birth of a couple's first child, or their first wedding anniversary. Both these milestones Meghan and Harry celebrated recently.

Meghan Markle's trip to the US marks her first overseas trip without her 4-month-old son Archie.

Later this month, Meghan and Harry will be jetting off for their first royal tour as a family of three. 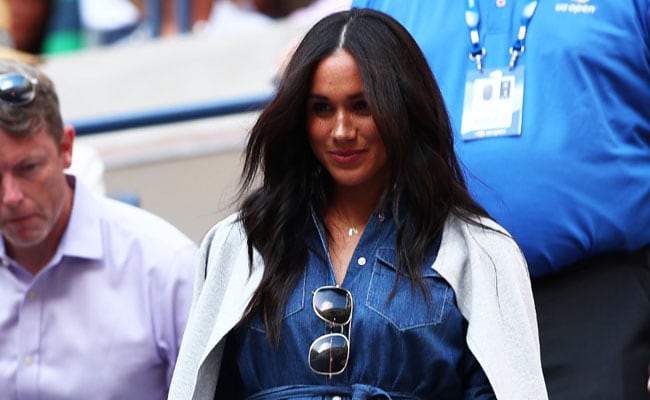 The royal couple will take Archie to Cape Town, South Africa, on September 23. Although there's no confirmation when the royal fans can expect to see their son, the first scheduled stop of the pair's visit is to a township.