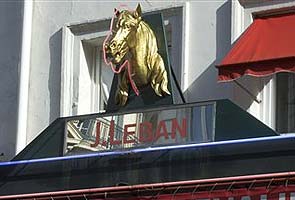 Budapest: The Europe-wide horsemeat scandal reached Hungary on Tuesday after an announcement by the country's food safety authorities that undeclared horsemeat had been discovered in packets of "beef" lasagne.

"It was inevitable that Hungary would be unable to avoid the fallout from the horsemeat scandal," he said.

The case is the first discovery of undeclared horsemeat in Hungary since the scandal erupted in January when horse DNA was detected in beef-burgers in Britain and Ireland.

Since then, supermarkets across the continent have pulled prepared meals from their shelves, with effects felt as far away as Hong Kong where an imported brand of lasagne has been withdrawn from stores.

Promoted
Listen to the latest songs, only on JioSaavn.com
The lasagne was imported into Hungary by the Danish company Nowaco and produced by the Luxemburg-based firm Tavola, a subsidiary of Comigel, the French firm which supplied frozen lasagne found to contain up to 100-percent horsemeat to British supermarkets.