The bullet train - D2809 - was running from Guiyang to Guangzhou province when the accident took place last week. 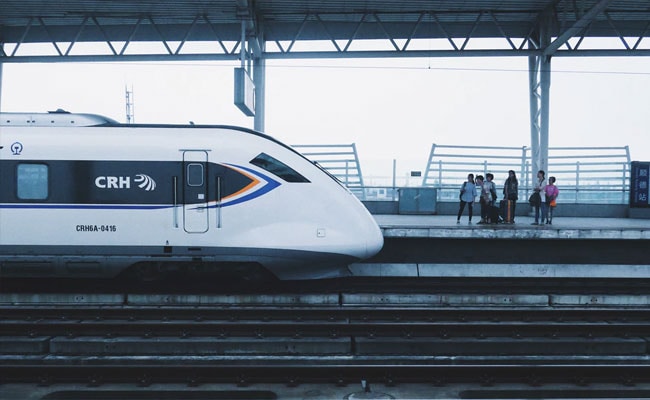 The driver applied emergency brakes just in time to save lives of hundreds of passengers.

Hundreds of people in a Chinese city attended a funeral for a driver of a bullet train who saved the lives of passengers during a horrific crash last week, according to Global Times. The driver Yang Yong applied emergency brakes within five seconds to prevent the train from overturning, the publication further said.

Locals held flowers and banners as they attended the funeral. One of the banners said, "Welcome home hero", according to Global Times.

"I still can't believe what happened," one of Yang's colleagues told the publication. "Yang saved so many people, but he couldn't save himself," another one said.

The bullet train - D2809 - was running from China's South Western province Guiyang to the Southern province Guangzhou when the accident took place due to a mudslide.

While the driver was killed, seven other passengers were injured. Southwest Railway, which was operating the train, said in a post on Chinese social media platform Weibo that 136 passengers were safely extracted due to the diligence shown by the driver.

The latest incident of derailment comes after China Railway's announcement on May 13 that the operation speed of the high-speed railway connecting Beijing with Guangzhou, South China's Guangdong Province, will be gearing up to 350 kilometres an hour (km/h) in June.

Currently, there are only four high-speed rails in China operating at 350 km/h, mostly for short-distance travel. They are Beijing-Shanghai high-speed rail, Beijing-Tianjin intercity rail, Chengdu-Chongqing high-speed rail, and certain parts of Beijing-Zhangjiakou high-speed rail. The Beijing-Guangzhou rail is also the longest in terms of travel distance.