Kaing Guek Eav had served as head of the infamous Tuol Sleng prison and was later convicted of crimes against humanity by a UN-backed war crimes tribunal for his role in the "Killing Fields" regime. 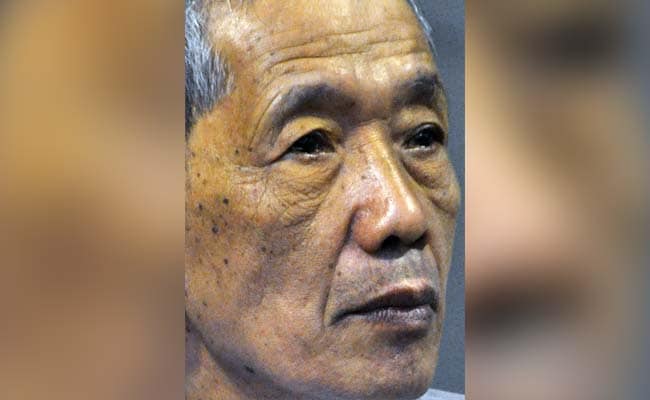 The former chief interrogator and top torturer for Cambodia's genocidal Khmer Rouge regime died early Wednesday in hospital in Phnom Penh. He was 77.

Kaing Guek Eav, better known by his alias Duch, had served as the head of the infamous Tuol Sleng prison and was later convicted of crimes against humanity by a UN-backed war crimes tribunal for his role in the "Killing Fields" regime.

A spokesman for the tribunal, Neth Pheaktra, said Duch, who had been hospitalised since Monday, died shortly after midnight.

He had been in and out of the hospital for years, and had "a serious lung problem", a source said.

Born in 1942, the former mathematics teacher became the Khmer Rouge's top torturer when the ultra-Maoist regime was in power from 1975-1979.

Duch oversaw the torture and confessions of thousands of men, women and children at a former Phnom Penh school Tuol Sleng, sending some 15,000 people to their deaths in nearby "Killing Fields".

He was the first member of the Khmer Rouge to face judgement before a war crimes tribunal in Cambodia, and was sent to live out his remaining days in Kandal prison after an appeal extended his original sentence to life in 2012.

His testimony at the tribunal served as an important touchstone for millions of Cambodians who had suffered under the regime, keeping meticulous records of the prison and revealing facets of the Khmer Rouge's secretive workings.

Most of his prison staff were uneducated teenage boys and Duch said they could be easily indoctrinated because they were "like a blank piece of paper".

While he had begged for forgiveness for crimes committed at the jail, he later dismayed survivors by asking to be acquitted on the grounds that he was not a senior member of the Khmer Rouge hierarchy.

"I respectfully and strictly followed the orders," Duch said in one of his final public statements to the court.

The work of the war crimes tribunal was tainted by its limited scope and the age of its defendants and recorded only three convictions -- including Duch's.