Juwan Royal, who is African American, also had his desk defaced. In black marker, someone had written the n-word, followed by "get out of here." 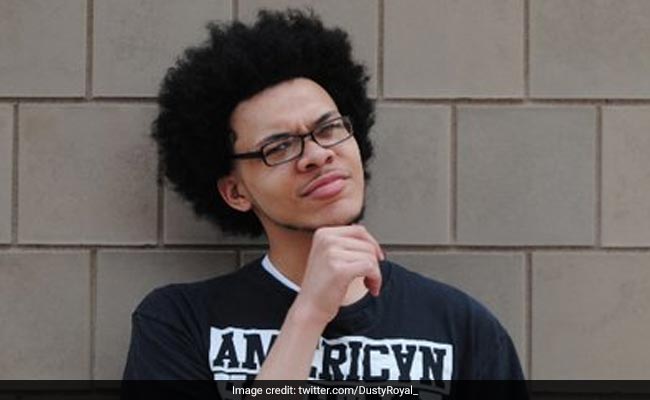 Juwan Royal, even after passing out of college, faces the aftermath of thallium poisoning.

This spring should have been the triumphant final act in Juwan Royal's time at Lehigh University in Bethlehem, Pennsylvania. But it was season of frightening uncertainty.

The senior was suffering from bouts of sickness, hitting randomly like lightning strikes. Pain shot from his hips to his toes. He felt a burning sensation in his mouth, and on one occasion had to be rushed to a hospital in an ambulance after vomiting for 45 minutes straight.

But Royal's illness was overlapped by another incident on April 5. That Thursday, around 12:30 p.m., Royal left his room in Warren Square A, a two-story brick house that had been chopped up into single and double rooms for undergraduates living on the west side of campus. According to a LehighValleyLive story from the time, he later learned from his roommate Yukai Yang that their room had been trashed. Royal's television and bed were damaged. Royal, who is African American, also had his desk defaced. In black marker, someone had written the n-word, followed by "get out of here."

Royal's mystery illness and the racist graffiti were not isolated incidents. At a news conference on Thursday, Northampton County District Attorney John Morganelli said that Yang was responsible for the vandalism, and also that he had been surreptitiously poisoning Royal with dangerous chemicals.

"This was over a period of time with small amounts of poisoning occurring," Morganelli said. "It was added to food and drinks in the refrigerator."

Yang - an international student from China - was arrested and charged Thursday with attempted homicide, aggravated assault, simple assault and reckless endangerment. Morganelli called the case "weird and bizarre," the Morning Call reported. Investigators do not know why the 22-year-old allegedly turned on his roommate.

"Mr. Royal was as somewhat dumbfounded by this as anyone else," Assistant District Attorney Abraham Kassis told reporters. "He believed they had a fairly cordial relationship as roommates."

Yang's attorney did not immediately respond to a request for comment.

Yang is accused of poisoning his roommate with thallium. A chemical accidentally discovered in 1861, the substance is a "tasteless, odorless, and extremely potent poison," according to a 2007 article by Dr. Cyrus Rangan, assistant medical director of the California Poison Control System. "[A]cute ingestions of as little as one gram of thallium salt may kill an adult."

The substance has been used in high-profile poisonings in both fact and fiction. The famed mystery novelist Agatha Christie killed off characters with thallium in her 1961 book, "The Pale Horse," the Independent reported in 1992. It was also the poison used by Saddam Hussein's regime to kill dissident Iraqi scientists in the 1980s. The substance was once commonly used as rat poison and insecticide, although it has been banned in most countries, including the United States, since 1975.

However, thallium is still in use in countries like Russia and China, according to Rangan.

Like Royal, Yang was a senior at Lehigh this spring. A chemistry major, he and Royal had been friends and roommates for a number of years. But the bizarre actions began unfolding in February.

One night that month, Royal drank from a water bottle, then immediately felt a burning sensation in his mouth, LehighValleyLive reported.

Alarmed, he woke up Yang and together they bolted for the bathroom, where Royal washed out his mouth. Morganelli told reporters on Thursday that Yang cryptically told his roommate "so the substance that they are putting in your drink is colorless, odorless and dissolves in water."

For days, Royal's tongue was sore from the experience.

He became sick again on March 18. This time, the police were called. "He was sitting at his computer before feeling dizzy and passing out," Morganelli said at the news conference.

Yang again allegedly had a strange explanation: he told police he thought someone was tampering with the liquids in their room. Yang explained the milk in the unit's fridge and Royal's mouthwash unexpectedly had changed color. "Mr. Yang could not speculate to any suspects at that time," Morganelli said.

Early on the morning of March 29, Royal again summoned campus police. "He had been throwing up for over 45 minutes and felt very shaky," Morganelli said. This time, he was taken to a hospital for treatment.

The next week, the room was vandalized. According to Morganelli's news conference, the investigation into the trashed room keyed police in on the poisoning. The victim voiced his suspicions to police.

"Mr. Royal told officers at that time he felt Mr. Yang his roommate was somehow responsible for the damages that had been done to his property," the prosecutor told reporters. "Mr. Royal stated that Mr. Yang was the person who always found the strange incidents happening in his room."

Yang gave investigators a written statement about his movements on the day the room was vandalized. The handwriting matched the slur and words scribbled into the desk, police said. Yang was arrested, and eventually charged with ethnic intimidation, institutional vandalism and criminal mischief, all misdemeanors.

His cellphone and Dell computer were then confiscated. Details found on the devices pointed to the poisoning. Royal was given a blood test. It showed he had 3.6 micrograms of thallium in his system, above the safe toxicity level.

According to the Morning Call, Yang interviewed with investigators on May 25. In the conversation, police said, he admitted to buying thallium and other chemicals online and mixing them into the food and beverages in the room's refrigerator. But Yang claimed that he was only intending to poison himself if he failed to do well on upcoming exams.

Yang was suspended following his arrest in the spring. He is no longer enrolled in the school, and according to authorities, his student visa has been revoked. His criminal charges from the vandalism are still pending, and Yang is currently in custody.

Royal, however, graduated from Lehigh in the spring. He still suffers from the aftereffects of the thallium.

"We're trying to explain the unexplainable because, right now, everyone is like, 'What could have happened?'" Kevelis Matthews-Alvarado, the resident adviser in the building where the roommates lived last year, told Philadelphia's CBS 3. "We just don't know."

(Except for the headline, this story has not been edited by NDTV staff and is published from a syndicated feed.)
Comments
racismLehigh University

'We Could Be Next': Hong Kong Security Law Sends Chills Through Taiwan