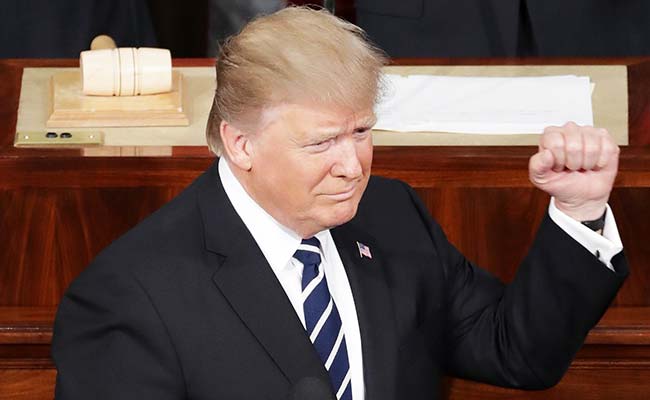 Washington: Hawaii has become the first US state to file a suit against President Donald Trump's amended travel order banning entry of people from six Muslim-dominated countries and suspending refugee resettlement. The state's attorney general argued on Wednesday that while the new order features changes to address complaints raised by courts that blocked the first travel ban, the new order is pretty much the same as the first one.

The far-flung Pacific state is seeking a nationwide restraining order blocking implementation of the order Mr Trump signed on Monday.

The new order suspends refugee admissions for 120 days and halts the granting of new visas for travelers from Syria, Iran, Libya, Somalia, Yemen and Sudan. It explicitly exempts Iraqis, who were on the first list, and legal permanent residents and valid visa holders.

"Nothing of substance has changed: There is the same blanket ban on entry from Muslim-majority countries (minus one)," state attorney general Doug Chin said in a statement.

"The courts did not tolerate the Administration's last attempt to hoodwink the judiciary, and they should not countenance this one," Mr Chin wrote.

There was chaos at major airports and mass protests while several district courts moved to block its implementation and lawmakers expressed opposition.

The troubled rollout also dominated the first weeks of the new administration, leaving many with the impression that it was badly planned and badly implemented.

Polls show American public opinion is deeply divided on the issue. Most indicate a slight majority of voters opposed, with strong support among Mr Trump's political base.

The Republican president criticized a court order suspending the ban as "a very bad decision, very bad for the safety and security of our country. The rollout was perfect."

But he has now stepped away from a promise to challenge the matter in the courts. The second order repeals the first, spelling the end of any pending legal proceedings.