Students exchanged memes and images mocking sexual assault, the Holocaust and the deaths of children, sometimes directing jokes at specific ethnic or racial groups, according to the 'Harvard Crimson'. 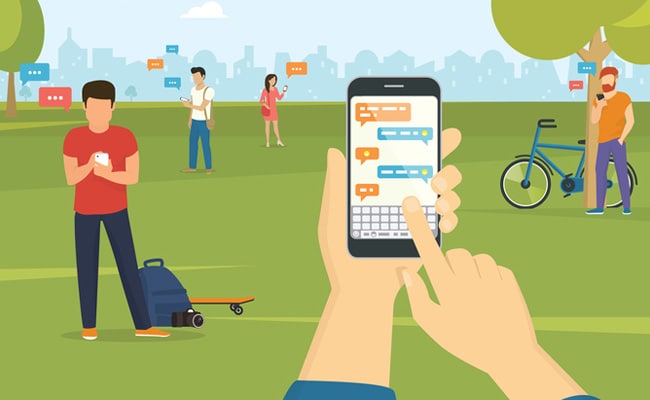 It began when about 100 members of Harvard College's incoming freshman class contacted each other through the university's official Class of 2021 Facebook group. They created a messaging group where students could share memes about popular culture - a growing trend on the internet among students at elite colleges.

But then, the exchanges took a dark turn, according to an article published in the Harvard Crimson on Sunday. Some of the group's members decided to form an offshoot group in which students could share obscene, "R-rated" memes, a student told the Crimson. The founders of the group chat demanded that students post provocative memes in the larger group to gain admittance to the smaller group.

The students in the spin-off group exchanged memes and images mocking sexual assault, the Holocaust and the deaths of children, sometimes directing jokes at specific ethnic or racial groups, according to screenshots of the chat obtained by the Crimson. One message called the hypothetical hanging of a Mexican child "pinata time." Other messages quipped that abusing children was sexually arousing.

Then, university officials caught on. And in mid-April, after administrators discovered the offensive, racially-charged meme exchanges, at least 10 incoming students who participated in the chat received letters informing them that their offers of admission had been revoked.

In an email to The Washington Post Sunday night, Rachael Dane, a Harvard spokeswoman, said "we do not comment publicly on the admissions status of individual applicants."

But according to the Harvard Crimson article, written by Harvard student Hannah Natanson, representatives from the admissions office emailed the implicated students asking them to disclose every picture they sent in the group.

"The Admissions Committee was disappointed to learn that several students in a private group chat for the Class of 2021 were sending messages that contained offensive messages and graphics," read a copy of the Admissions Office's email obtained by the Crimson. "As we understand you were among the members contributing such material to this chat, we are asking that you submit a statement by tomorrow at noon to explain your contributions and actions for discussion with the Admissions Committee."

"It is unfortunate that I have to reach out about this situation," the email continued.

According to Harvard college admissions policies, the university reserves the right to withdraw an offer of admission if the admitted student "engages or has engaged in behavior that brings into question their honesty, maturity or moral character," among other conditions, Dane told The Post.

The Harvard College Class of 2021 official Facebook group - like similar groups for incoming students at other universities - allows admitted students to meet classmates, ask questions and prepare for their first semester. The group is managed by the Admissions and Financial Aid Office and states in its description it is "not responsible for any unofficial groups, chats, or the content within."

"As a reminder, Harvard College reserves the right to withdraw an offer of admission under various conditions including if an admitted student engages in behavior that brings into question his or her honesty, maturity, or moral character," the group description states.

Cassandra Luca, an incoming student who joined the first meme group but not the second, told the Harvard Crimson the "dark" group chat was a "just-because-we-got-into-Harvard-doesn't-mean-we-can't-have-fun kind of thing." Luca's admission offer was not revoked, she told the student newspaper.

This spring, 2,056 students were invited to join Harvard's incoming freshman class, drawing from a record number of applications - 39,506, according to a university news release. Nearly 84 percent of the admitted students eventually chose to enroll at Harvard - the highest yield rate in several decades.

The university's decision to rescind the students' acceptance to Harvard underscores the dangers of social media posts - public or private - among prospective college students. According to Kaplan Test Prep, which surveyed more than 350 college admissions officers, 35 percent of admissions officers said they check social media sites like Facebook, Twitter and Instagram to learn more about applicants. About 42 percent of those officials said what they found had a negative impact on prospective students.

"For better or worse, social media has become an established factor in college admissions, and it's more important than ever for applicants to make wise decisions," Yariv Alpher, executive director of research at Kaplan Test Prep said.

The repercussions spurred both praise and criticism from Harvard students, alumni and others at a time when university campuses across the country are in the midst of clashes over free speech. Some felt the decision was justified, while others expressed a belief that admissions officers crossed a line by judging students for their private conversations.

Erica Goldberg, an assistant professor at Ohio Northern Law School who calls herself a "free speech enthusiast," wrote in a blog post that by "ferreting out" the members of the private chat group and revoking their acceptances Harvard "has proven that there is an oppressive force to transgress."

Goldberg, who said she taught at Harvard Law School for three years, compared the dark humor used by the Harvard students to the popular "unabashedly irreverent" game Cards Against Humanity, "whose purpose is to be as cleverly offensive as possible.

"Even many good liberals love the game, precisely because the humor is so wrong, so contrary to our values," Goldberg wrote. She called on Harvard to reconsider its decision.

This was not the first time Harvard administrators addressed controversial messages exchanged among incoming students. Last year, after connecting on the university's official Facebook page for the Class of 2020, incoming students joined a private unofficial chat on the GroupMe messaging app. In it, some students exchanged images that included racially charged jokes and at least one message that mocked feminists.

Though the exchanges prompted a controversy among members of that incoming class, administrators did not discipline the students who sent the messages, according to the Harvard Crimson. Thomas A. Dingman, then the interim dean of student life, said in an interview at the time that the individuals were "not matriculated students at this point."

In recent months, college meme groups on Facebook have become institutions among Ivy League students; some even refer to the craze as "college meme wars." The groups have been popping up at the campuses of Harvard, Columbia, Princeton, Penn, Yale, the University of California Berkeley, Dartmouth and others.

Students use the groups to share memes picking fun at college cliches, inside jokes and even standard student topics, such as textbook prices. Old-school college rivalries often play out in the groups, as Mic pointed on in a story titled "Inside the elite meme wars of America's most exclusive colleges."

These groups have become so popular that many now have more members than the schools have students. In early February, a Harvard freshman started a Facebook group titled "Harvard Memes for Elitist 1% Tweens", modeling it after two similar university-based groups: "UCLA Memes for Sick AF Tweens" and "UC Berkeley Memes for Edgy Teens," according to an article in the Harvard Crimson magazine, Fifteen Minutes.

By early March, there were more Harvard Memes members than Harvard undergraduate students. The group now has nearly 30,000 members - including "pharmabro" Martin Shkreli, the former Turing Pharmaceuticals executive who became known as "Pharma Bro" after he dramatically hiked the price of a drug.

According to the Harvard meme Facebook group description, all memes must be Harvard-specific. "If the meme could apply to any group of wealthy, pretentious pseudo-intellectuals, at least Photoshop a Harvard logo in there somewhere," the description states.

As the group's popularity swelled, so did disputes and controversies that played out in exchanges between its members.

"Most of these fights fell in line with a discourse familiar to contemporary college campuses," Tarpley Hitt wrote in the article in the student magazine, "with one side calling for increased moderation of posts which played into racial stereotypes or targeted marginalized groups, while the other championed freedom of expression."

One participant in the Harvard meme group posted a link Sunday to the news about the obscene meme exchange.

"When the memes get too real," the post read.

One Twitter user who shared the story surmised: "Are these the first casualties of the college meme wars?"


(This story has not been edited by NDTV staff and is auto-generated from a syndicated feed.)
Comments
Harvard CollegeHarvard Facebook groupHarvard meme groupsocial mediaprivacy law