Taking to Instagram, Hailey Bieber shared a photo of herself with a protruding belly and clarified that it was not a baby bump. 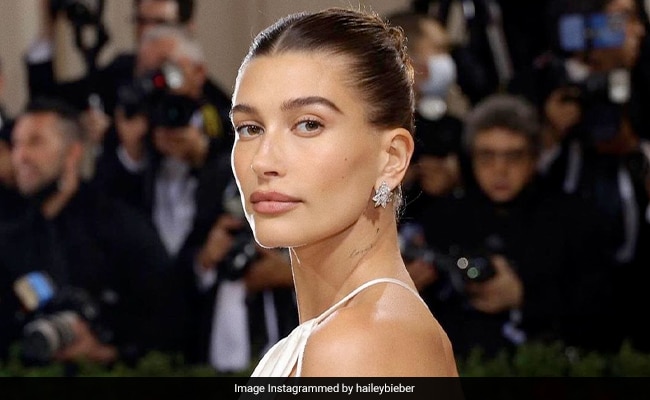 Ovarian cysts are very common, and can occur in women of all ages.

Hailey Bieber recently opened up about having an ovarian cyst that she said is "the size of an apple". Taking to Instagram, the American model shared a photo of herself with a protruding belly and clarified that it was not a baby bump.

"I have a cyst on my ovary the size of an apple," the 26-year-old wrote in the now-unavailable post, adding that neither does she suffer from ovarian conditions such as endometriosis or Polycystic ovary syndrome (PCOS), "but I have gotten an ovarian cyst a few times and it's never fun".

"It's painful and ache-y and makes me feel nauseous and bloated and crampy and emotional," the US model said. "Anyways...I'm sure a lot of you can overly relate and understand. We got this," she added.

According to the BBC, ovarian cysts are fluid-filled sac that develops on an ovary. They are very common, and while most do not cause symptoms, they can be very painful.

Ovarian cysts mostly occur naturally and go away in a few months without needing any treatment. But they can cause symptoms if the cyst splits, is very large or blocks the blood supply to the ovaries. In these cases, symptoms can include pelvic pain, a frequent need to urinate, heavy periods, irregular periods or lighter periods than natural, bloating and a swollen tummy.

A doctor may diagnose a cyst during a pelvic exam, ultrasound or laparoscopy - an operation that allows medical experts to view the reproductive organs and pelvic cavity with a camera. According to CBS News, an estimated 10 percent of women experience ovarian cysts. They can occur in women of all ages, though older women, or pre-menopausal women, have a higher risk of cancerous cysts.