Cristian Gill, 21, of Rockville, placed a device that took pictures and videos of female and male adults and juveniles in a bathroom at the Shockwave Allstars cheerleading program on Southlawn Court, according to Montgomery County Police. 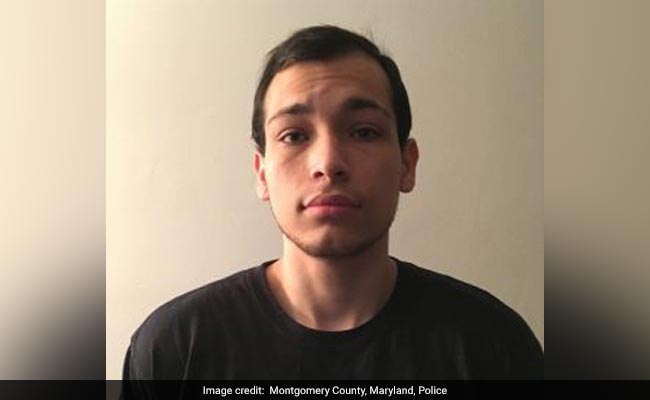 Cristian Gill placed a device that took pictures, videos of female, male and juveniles in a bathroom

A gymnastics and cheerleading teacher has been charged after he allegedly put video surveillance equipment in a bathroom at a cheerleading program's facility in Rockville, Maryland, officials said.

Cristian Gill, 21, of Rockville, placed a device that took pictures and videos of female and male adults and juveniles in a bathroom at the Shockwave Allstars cheerleading program on Southlawn Court, according to Montgomery County Police.

Gill was arrested Wednesday and is being held without bond. He has a bond review Thursday. He is charged with several counts of conducting visual surveillance of another person in a private place without consent.

The incident began when an employee alerted the owner of the business on Feb. 9 that he found electronic devices in a bathroom, police said. The owner was out of town and told him to leave it at the facility.

Three days later, police said, Gill asked to meet the owner in the parking lot of the cheerleading facility and handed him the device and equipment that the other employee had found.

The owner asked him to leave the facility, and police were called.

After searching his home, police found 49 photographs of female and male adults and juveniles that had been taken at the cheerleading program bathroom on an electronic tablet, according to police. The victims have been notified, police said.

Gill had worked at the facility for two years, according to charging documents, and he held private, one-on-one sessions for students and taught group lessons with other teachers. He told investigators that he had put the recording device at the cheerleading facility about 20 times in a two-month period.

According to charging documents, a search of Gill's iPhones found that he had searched the Internet for such topics as "spy cam in public restroom, what kind of lawyer do I need, and what kind of jail do you go to for violating video cam laws."

He also did searches for "max charges of peeping tom cat" and "Do you have to be charged for child pornography in order for you to get a free consultation?"

Officials said forensic evidence also found that other videos and images from the bathroom had been on the tablet but had been deleted.

(This story has not been edited by NDTV staff and is auto-generated from a syndicated feed.)
Comments
Rockvillecheerleading program