Sara, a 29-year-old Qatari, had been poised to start her senior year in business school in Dubai when on June 5, a bloc of Arab states led by Saudi Arabia abruptly cut ties with her country. 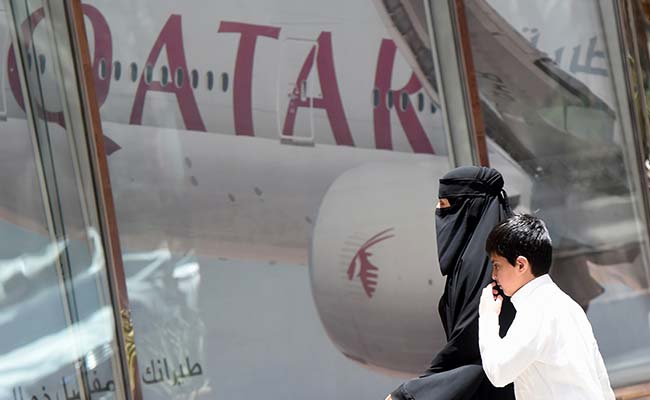 Doha, Qatar: For Qataris affected by the diplomatic crisis rocking the Gulf, the reality of politics is stark: families divided, assets frozen and dreams put on hold.

Sara, a 29-year-old Qatari, had been poised to start her senior year in business school in Dubai when on June 5, a bloc of Arab states led by Saudi Arabia abruptly cut ties with her country.

"We were suddenly told that we were no longer permitted to attend classes and had to go back to Doha," she said.

Saudi Arabia, the United Arab Emirates, Egypt and Bahrain accused the Gulf emirate of supporting Islamist extremism and being too close to Riyadh's regional arch-rival Iran.

They ordered all Qataris to leave their territories within two weeks, recalled their ambassadors and citizens from the emirate and banned Qatari carriers from their ports and airspace.

Qatar denied the allegations and denounced what it called a "blockade" aimed at bringing the wealthy emirate to its knees.

Qatari authorities have committed schools and universities to enrolling repatriated students.
But for Sara and many like her, the crisis was personal.

"When someone prevents you from studying, it destroys your dreams," she said.

"One day, overnight, with no warning- suddenly you're told 'you have to stay home, no school for you'."

As the standoff drags into its third month, the uncertainty is causing agony, particularly for families of mixed nationality.

Sara, who did not want her surname revealed because she feared the consequences for her relatives elsewhere in the region, has an Emirati mother and a Qatari father.

That is nothing unusual in a region where cross-border marriages are commonplace.

The diplomatic spat has thrown such families into their own crises.

"Half my family is in Dubai, in the UAE. I also have family in Bahrain," Sara said, choking back tears.

When her grandmother fell ill in Dubai, her mother was reluctant to travel to the UAE for fear she would not be allowed to return to her children in Qatar.

States in the Saudi-led bloc have demanded that their citizens leave Qatar, but many have hesitated to do so- especially those with families in the tiny gas-rich emirate.

Some say they fear punishment by their own governments.

One Saudi mother, who has been based in Qatar for years and asked to remain anonymous, said she was terrified.

She and her two adult daughters are caught between fear of their own government and uncertainty about their future in Qatar.

"We feel trapped," she told AFP by phone. "We will have to renew our visas in a year. It's frightening- we don't know what will happen."

She said she does not want to go back to Saudi Arabia, but fears that if she does not she will be blocked from accessing her late husband's Saudi pension, her only source of income.

Her daughters, who work in Qatar, also want to stay. One has started losing her hair because of stress over the issue.

All three declined to meet AFP journalists in person for fear of the consequences.

Other Qataris, interviewed at a centre in Doha set up to support those affected by the crisis, fear for their assets in other countries.

Nour, who declined to be named in full, owns apartments in Dubai but can no longer access them.

Ahmad and Abdullah own camels worth a fortune, but they are in Saudi Arabia where they are traditionally sent to graze.

Many Qataris are in a state of shock.

Qatari civil servant Ahmad said political issues "should stay between leaders, people should not be involved".

Abdullah al-Marri, another government worker, said he was surprised at the turn of events.

"I didn't think such things could happen between brothers," he said.

(This story has not been edited by NDTV staff and is auto-generated from a syndicated feed.)
Comments
Qatar Diplomatic Crisisqatar diplomatic tiesGulf Crisis 2017