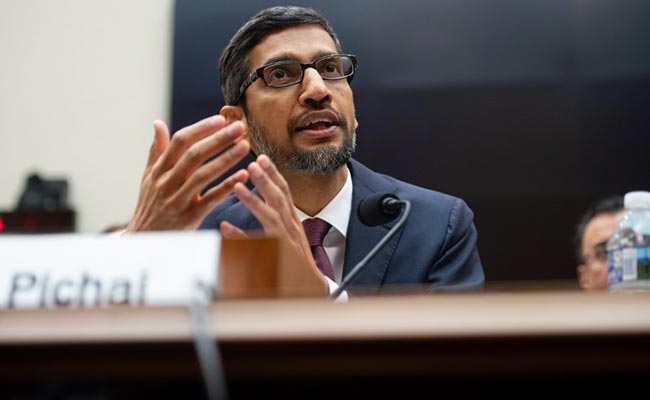 A survey has revealed decline in percentage of workers who have confidence in Sundar Pichai's leadership.

Alphabet Inc.'s Google became the most-profitable internet company by recruiting talented technologists and inspiring them enough to keep them around. That advantage may be slipping as some workers increasingly doubt the leadership and vision of Chief Executive Officer Sundar Pichai, according to recent results from an employee survey.

The annual internal poll, known as Googlegeist, asked workers whether Pichai's vision of what the company can achieve inspires them. In response, 78 percent indicated yes, down 10 percentage points from the previous year.

Another question asked if employees have confidence in Pichai and his management team to effectively lead Google in the future. Positive responses represented 74 percent of the total, an 18 point decline from a year earlier.

There were similar declines for questions about Pichai's decisions and strategies, his commitment to diversity and inclusion, and the compensation the company pays, according the results, which were viewed by Bloomberg News. Google shares the results with all employees to make sure concerns are heard. This time, 89 percent of workers took the survey.

Wired reported some of the Googlegeist results earlier on Friday. A Google spokeswoman declined to comment.

While the survey findings are still mostly positive, the declines are a worrying shift for Google, which prides itself on high employee morale, luxurious working conditions and high pay. If these things are beginning to erode, the company could lose talent to other technology companies, undermining its ability to build new services that drive its profitable advertising business.

Last year, tension between the company and employees exploded into the public realm. Workers clashed with management on a range of issues, including a lack of benefits for contract staff and the ethical use of artificial intelligence. Thousands of Google staff staged a walkout after a report that the company gave large exit payments to executives accused of sexual harassment.

Google added new questions to the latest survey, highlighting potential management concerns. Employees were asked if Google responds quickly and consistently to verified cases of proven misconduct. 53 percent responded positively. Staff were also asked if they understand how their compensation is determined, and 56 percent indicated yes.

Still, most Googlers aren't leaving any time soon, with 82 percent of survey respondents saying they plan to be working at Google one year from now. That was down just 1 percentage point from the previous year. And 86 percent said they would recommend the company as a place to work.

Here are some of the other results from the Googlegeist employee survey: