The launch of the News Showcase product as early as next month is Google's latest tactic in a high-profile campaign against the Australian government's planned legislation to make the company pay local news providers for content that appears in its search engine. 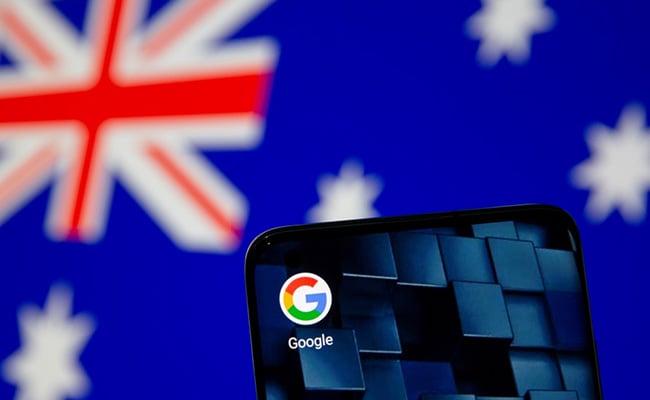 Google is reviving plans to launch its own news website in Australia within weeks, according to a local media outlet contracted to provide articles for the venture, as the search giant fights world-first proposed laws on content payments.

The launch of the News Showcase product as early as next month is Google's latest tactic in a high-profile campaign against the Australian government's planned legislation to make the company pay local news providers for content that appears in its search engine.

Misha Ketchell, editor of the academic-penned newsite The Conversation, said on Wednesday he was approached by Google "to resume discussions about launching the News Showcase product as soon as possible, potentially in February. We are working with them on this".

The decision to push ahead with the launch was an apparent show of Google's willingness to run its own content deals, negating the need for government-mandated legislation.

A spokesman for Alphabet Inc-owned Google in Australia declined to comment on Wednesday. Two other local publishers confirmed they had content details in place for the news site, without discussing recent talks.

Google Australia Chief Executive Mel Silva told a parliamentary hearing last week the company would pull its flagship search tool from Australia if the laws, the first of their kind in the world, went ahead.

In a post on its local website, Silva says Google opposes paying for showing links to articles, not for publishing news.

"Right now, no website or search engine pays to connect people to other sites through links," Silva said in the undated post. "This law would change that, making Google pay to provide links for the first time in our history."

Under the planned laws, Google and social media behemoth Facebook Inc must negotiate binding commercial contracts with Australian outlets whose content drives traffic to their platforms. If they can't strike a deal, the government will appoint an arbitrator to do it for them.

Google has argued that the legislation, which is currently the subject of a parliamentary inquiry but expected to be passed into law soon, is unworkable.

"If Google can demonstrate that it can reach an agreement with some publishers then its aim is to show that commercial arrangements can be made in the absence of some kind of legislative intervention," said Derek Wilding, a professor at the University of Technology Sydney's Centre for Media Transition.

"The question is whether those arrangements are suitable for all publishers. The kind of arrangements that Google can propose will suit some publishers, but not others."

18 Killed In Myanmar On Bloodiest Day Of Protests Against Coup