Alphabet Inc.'s Google has 90 days to "stop its illegal conduct" and give equal treatment to rival price-comparison services, according to a binding order from the European Commission 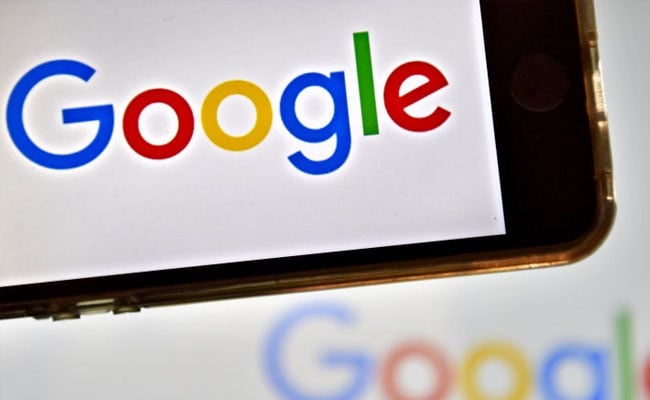 Google lost its biggest regulatory battle yet, getting a record 2.4 billion-euro ($2.7 billion) fine from European Union enforcers who say the search-engine giant skewed results in its favor to thwart smaller shopping search services.

Alphabet Inc.'s Google has 90 days to "stop its illegal conduct" and give equal treatment to rival price-comparison services, according to a binding order from the European Commission on Tuesday. It's up to Google to choose how it does this and it must tell the EU within 60 days of its plans. Failure to comply brings a risk of fines of up to 5 percent of its daily revenue.

"Google's strategy for its comparison-shopping service wasn't just about attracting customers by making its product better than those of its rivals," said Margrethe Vestager, the EU's antitrust chief. "It denied other companies the chance to compete on the merits and to innovate. And most importantly, it denied European consumers a genuine choice of services."

Vestager's decision marks the end of a lengthy seven-year probe fueled by complaints from small shopping websites as well as bigger names, including News Corp., Axel Springer SE and Microsoft Corp. European politicians have called on the EU to sanction Google or even break it up while U.S. critics claim regulators are targeting successful American firms.

"I expect the Commission now to swiftly conclude the other two ongoing investigations against Google," Markus Ferber, a member of the European Parliament from Germany. "Unfortunately, the Google case also illustrates that competition cases tend to drag on for far too long before they are eventually resolved. In a fast-moving digital economy this means often enough that market abuse actually pays off and the abuser succeeds in eliminating the competition."

Google has been pushing its own comparison shopping service since 2008, systematically giving it prominent placement when people search for an item, the EU said. Rival comparison sites usually only appear on page four of search results, effectively denying them a massive audience as the first page attracts 95 percent of all clicks.

"As a result of Google's illegal practices, traffic to Google's comparison-shopping service increased significantly, whilst rivals have suffered very substantial losses of traffic on a lasting basis," the EU said, citing figures of a 45 percent increase in traffic for Google's service.

Tuesday's fines could just be the first in a series of EU antitrust penalties for Google, which is fighting on at least two other fronts, including its Android mobile-phone software and the AdSense online advertising service. The decision follows Russia's $7.8 million antitrust fine and penalties from Italian, German and French privacy authorities. Europe has proved a tough jurisdiction for Google, which fell foul of the region's top court, losing a high-profile right-to-be-forgotten case three years ago.

"Vestager is proving she means business," said Thomas Vinje, a lawyer who represents FairSearch, a group of companies that complained to the EU. "This decision will mean that consumers receive comparison-shopping results that offer genuinely the best purchasing options."

While the penalty is a record, it will do little to faze a company whose parent has more than $90 billion in cash. Of graver concern is the way regulators called on Google to change the way it handles online shopping searches, one of its biggest sources of sales growth and strongest weapons against rivals Facebook Inc. and Amazon.com Inc.

The EU says that Google doesn't subject its own service to its algorithm, which ranks search results on quality and relevance to the user.

The EU's allegations strike at the heart of a type of online advertising known as Product Listing Ads, or PLAs, that is growing at almost three times the rate of traditional text-based search ads, according to digital marketing firm Merkle Inc. The format lets a marketer place an ad for an item with large images and price information in the prime digital real estate at the top of search results.

Vestager doesn't fear big numbers. She has ordered Apple Inc. to repay some 13 billion euros in tax advantages and hit truck makers with a record cartel fine of nearly 3 billion euros. The Google fine tops a 1.06 billion euro penalty eight years ago for Intel Corp., which is still waiting for the final outcome of a court appeal.

Her move against Google risks attracting further criticism that she's unfairly singled out U.S. companies. While she's said American firms are "under no specific fire because of their nationality," transatlantic tensions are already on the rise after President Donald Trump's decision to pull the U.S. out of the Paris climate accord, adding to concerns over global trade.

Even so, any backlash against the Google decision from American industry is likely to be reduced. U.S. companies played a big part in lobbying the EU to take action after U.S. regulators ended their investigation into Google search.

(This story has not been edited by NDTV staff and is auto-generated from a syndicated feed.)
Comments
GoogleAlphabetEuropean union commissioner