This heat dome is expected to produce temperatures near and above the highest values ever recorded for multiple days, particularly in southern parts of Alaska. 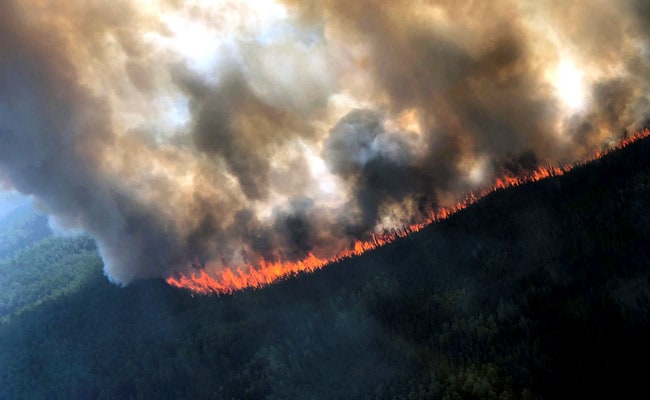 All-time heat records are at risk in Alaska in the coming days as a massive and abnormally intense area of high pressure locks in and strengthens over the region.

This heat dome is expected to produce temperatures near and above the highest values ever recorded for multiple days, particularly in southern parts of the state. It's the latest in a slew of record-shattering heat events in Alaska.

Anchorage is predicted to match or best its highest-temperature ever recorded of 85 degrees (set in 1969) on five straight days between July 4 and 8. It could even flirt with 90 degrees.

The National Weather Service in Anchorage wrote that most of southern Alaska will be "downright hot with many locations in the 80s and even low 90s."

The warmest temp ever observed anywhere i Anchorage is 87F. Some areas could hit 90 later this week. As a reference guide, this map show the all-time highest recorded temp for over 6,000 stations with 40+ years of data with 3F added to those records. @AlaskaWx@IARC_Alaskapic.twitter.com/mOhnYDDRgk

Anchorage's nighttime lows may only settle in the mid-60s during this hot stretch, which is close to its average high at this time of year.

This heat wave is the latest in a nonstop barrage of brazenly warm weather for the northernmost state. It comes right on the heels of a June that was well above average and filled with wildfires that are persisting and/or growing into July. Spring was disturbingly warm before that, and so was winter.

It also comes on the heels of a historic heat wave in Europe, which shattered records.

Alaska's temperatures have shifted abruptly higher in the last few years, and it's a similar story across the Arctic more broadly due to climate change.

Sea ice surrounding the state is at record low levels. The open water and lack of ice has elevated ocean temperatures more than 4.5 degrees (2.5 Celsius) above normal.

Last month was the warmest June of record at Anchorage Airport (also warmer than any June in pre-1952 Merrill Field /downtown era). Four of the five warmest Junes have been since 2013. Something's changed, but what? #akwx@Climatologist49@dougrbbns@Ch2ktuuWX@MelissaDFreypic.twitter.com/In5mK9iN3R

The combination of the unusually warm coastal waters, the intense dome of high pressure over land, and near peak energy from the sun (just 10 days removed from the summer solstice) will act to maximize the potential for historically high temperatures.

Even before the development of this latest heat dome, strong high pressure has frequently sprawled over Alaska in recent weeks, leading to unusually high temperatures.

Record-breaking temperatures to close June helped the monthly averages soar this high. As one example, it hit 92 in Northway near the eastern border with Canada on June's final day.

In southeast Alaska, where moderate to extreme drought has persisted for about a year, Juneau tied its third warmest day on record on June 28. The city also just completed its warmest five-day stretch on record (since 1936) as well, according to Brettschneider.

While this blast of heat will eventually ease somewhat next week, the forecast calls for more warmer-than-normal conditions later into July and August.