German Minister Under Fire Over Deportation Of Ex-Bin Laden Bodyguard 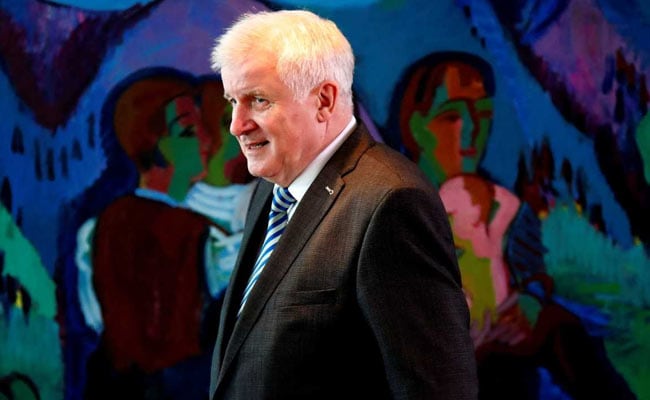 German Interior Minister Horst Seehofer faced accusations on Tuesday of having illegally deported a suspected terrorist who once served as Osama bin Laden's bodyguard just one day after a court said he should be allowed to stay in Germany.

German authorities deported the man, identified only as Sami A., to his native Tunisia last Friday despite previous concerns that he might be tortured back home and despite the administrative court verdict a day before the deportation.

German opposition politicians criticised Seehofer's interior ministry for its handling of the case.

Wolfgang Kubicki, deputy leader of the opposition Free Democratic Party (FDP), told broadcaster rbb: "If courts can no longer rely on the authorities telling them the truth, then things look dark in Germany."

Sami A. told the best-selling Bild daily he had been told the decision to deport him had come "from the very top and I cannot do anything about it".

The interior ministry said that while it was politically important to deport the suspect quickly, it had not pressured authorities in the state of North Rhine-Westphalia to accelerate the procedure. Deportations are usually a matter for individual states in Germany.

Germany's Federal Office for Migration and Refugees said it had only learned about the administrative court's ruling when the suspect was already on the flight bound for Tunisia.

Seehofer, from the Bavarian sister party of Chancellor Angela Merkel's conservatives, takes a hard line on immigration and asylum issues and almost toppled the government earlier this month in a dispute over migrant policy.

Sami A. applied unsuccessfully for asylum in Germany in 2006. He was accused of undergoing military and ideological training in 2000 at an al Qaeda camp in Afghanistan and of being at different times a bodyguard for bin Laden, leader of the group. He denied the allegations but was arrested in June.

A spokesman at Tunisia's justice ministry told Bild the suspect only held Tunisian citizenship. He also rejected suggestions the man could be tortured in Tunisia.

Parliament has opened an investigation into the suspected exploitation by Seehofer of his ministerial position for presenting his 'Master Plan for migration' to his Christian Social Union (CSU) last month for party purposes.

An RTL/N-TV survey on Monday showed Seehofer's popularity sliding ahead of an October regional election in Bavaria. Nearly two thirds of Germans thought he should quit as interior minister, it said.

(Except for the headline, this story has not been edited by NDTV staff and is published from a syndicated feed.)
Comments
Horst SeehoferOsama Bin Laden