US Sheepdog Fights Back And Kills Eight Coyotes, Saves Flock Of Sheep

A sheepdog in Georgia is recovering after being attacked by a pack of coyotes while guarding his flock of sheep and goats. 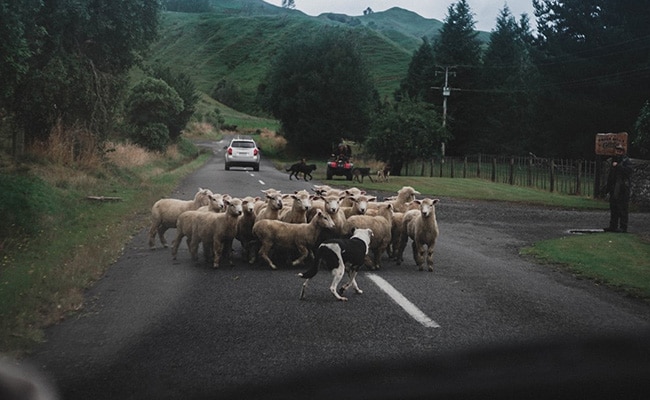 The dog was able to kill eight of the coyotes but was injured in the process.

A courageous Georgia sheepdog is recovering after killing eight coyotes who attempted to maul a flock of sheep and goats he was guarding.

According to WAGA-TV report, the dog, named Casper, works on John Wierwiller's farm in Georgia and managed to keep the coyotes at bay for more than 30 minutes.

Casper went missing after surviving the attack, and his owner asked for help finding him on social media.

Casper eventually returned to the farm with visible injuries.

"We knew he was hurt because we found parts of his tail and blood and other things, so we were worried," Mr. Wierwiller said.

When he saw his familiar face return to the farm, Mr. Wierwiller said he was in bad shape.

"He was kind of looking at me like, 'Boss, stop looking at how bad I look; just take care of me,'" Mr. Wierwiller said.

Mr. Wierwiller said it "It looked like a coyote grabbed his skin and peeled it right off."

LifeLine Animal Project, an Atlanta-based animal welfare organisation, has launched a fundraising campaign to cover Casper's $15,000 hospital bill. The campaign raised more than its goal, which will go toward future animal rescue efforts.