Game Of Thrones: The Real Battle Is A Constant Fight Against Spoilers

From filming fake scenes to not letting the family members know, the cast and crew work really hard to keep the secrets. "It's like protecting your house," said co-showrunner David Benioff 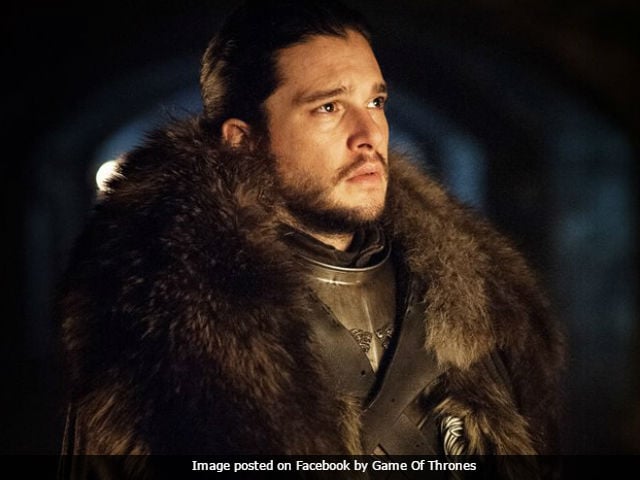 New Delhi: Never has a potential haircut received so much attention.

On Game of Thrones, Kit Harington, and his thick mane of black hair, plays Jon Snow, a central character who many fans think may be killed off. The show's fifth season, in fact, ended with Snow being stabbed multiple times. The final shot showed his blood staining the snow. The camera cut away, with the audience not knowing if he's been killed or merely injured.

The answer to that question - Did Jon Snow die? - was so carefully guarded that co-showrunner D.B. Benioff reportedly even refused to tell his wife, actress Amanda Peet.

During the next year, obsessive fans kept close watch on Harington's whereabouts. They also kept track of his hair length (Snow has long hair), tying to figure out if he was filming a new season (which would indicate that Snow was still alive). Meanwhile, paparazzi flocked to the sets.

Learning from the experience, the GoT crew reportedly filmed decoy scenes when filming season 7, which premiered Sunday night.

"We did fake some scenes," Harington said to Jimmy Kimmel during a recent appearance on his show. "We put together people in situations where we knew the paparazzi was around so they'd take photos, and that would get on the Internet to fake scenes."

(Who knows if claiming the scenes were decoys was itself actually a decoy.)

The questions haven't slowed down for Harington. Recently Kimmel sneakily asked when he would begin filming season 8, hoping to catch the actor off-guard. But after seven years, Harington is a pro.

Arguably no show works harder to avoid spoilers. The producers of Game of Thrones guard its plot points with the same fervor the show's characters chase that coveted iron throne, a defense The Ringer's Andrew Gruttadaro called "near pathological."

As he reported, the press no longer receives advance screeners of the show, which are generally used to prepare reviews for publication immediately after the show airs. Paper scripts were eliminated for fear that they could be easily leaked and not as easily tracked. When discussing certain characters and scenes, the show's staff often uses code names. The crew even watches for drones that could be photographing their sets.

The cause for security might sound strange, but some of the show's fans can safely be described as obsessive - many have tracked down sets in hopes of photographing the production.

"One guy hiked 18 hours on foot in the middle of Spain's La Mancha desert to take pictures," showrunner Dan Weiss told Entertainment Weekly. "Another guy in Northern Ireland crawled through the mud and did his own little private commando mission."

So the security is important, especially since each episode costs an average of $6 million.

"It's like protecting your house," co-showrunner David Benioff told Entertainment Weekly. "You make it as hard as possible for burglars in hopes that they look for some other house to burgle, but it's impossible to ever completely secure your house."

Perhaps the hardest job falls on the show's actors. They don't even get to see the episodes until they air, and they're forbidden to share any plot points they do know.

So it can't be easy when they find themselves bombarded with questions they can't answer on late night shows and in feature-length magazine articles.

All of them have their own methods of avoiding saying the wrong thing.

Conleth Hill, who portrays Lord Varys, told Access Hollywood, "I used to make things up just to see if people would buy it."

That's because saying the wrong thing, it turns out, can be professionally devastating.

Take Gemma Whelan, the actress whose breakout role portraying Yara Greyjoy was almost yanked from her because she let the casting news slip.

"The first lesson I learnt was when I first got the job. No one told me to keep quiet about it," Whelan told the Times of London. "I just thought it was normal to pop it on my Spotlight entry, so I wrote on my CV, 'This summer Gemma will be playing Yara Greyjoy in Game of Thrones.' And the Internet went nuts. One of the lovely, lovely producers on Thrones called me into his office and said, 'This is very serious. We almost can't employ you because of this.'"

Perhaps because of this pressure, there haven't been many mistakes, which made a recent potential reveal from one of the show's costume designers all the more newsworthy. During an interview with Uproxx, Michele Clapton seemed to let slip which characters Snow will meet this season.

Accidents happen, sure, but many who work on the show said they're infuriated by leaks.

"You think about all the work you do," Adian Gillen, who plays Littlefinger, told Entertainment Weekly. "I'd never say anything to anybody - even my closest family members. I take security very seriously. Maybe that's just the Littlefinger in me."

"I get so angry about it like we all do," Harington told the magazine. "There's nothing you can do about it. People for some reason want to spoil things for other people and, hopefully, most people don't look at the stuff. For those who do, it's so easy to slip up and see something you don't want to see."

As for its creators? They simply can't understand why anyone's trying to spoil the show in the first place. "Any sane person would admit that knowing this stuff in advance lessens the experience of watching it, and yet people are really hungry to find out things that that will make something they presumably like worse for them," Weiss told Entertainment Weekly. "So I don't totally get it."