US Central Command said the 21 crew of the Japanese-owned Kokuka Courageous were picked up by a Dutch tug and transferred not to an Iranian veseel but to the destroyer USS Bainbridge. 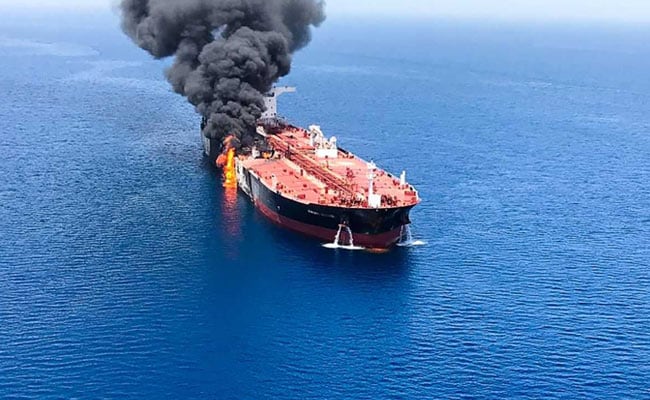 The Front Altair, one of the two tankers attacked in the Sea of Oman, was carrying naphtha (AFP)

Iran's English-language Press TV aired footage of rescued crew members of one of the two tankers attacked in the Sea of Oman Thursday, saying they are all in "full health."

"This video refutes false reports by some media outlets claiming that Iran avoided helping the sailors working on the vessel," Press TV said, without elaborating on what reports it was referring to.

The video begins by showing the 23 crew members of the tanker Front Altair in a room watching what seems to be Iranian state television's coverage of a speech by supreme leader Ayatollah Ali Khamenei.

According to the official news agency IRNA, the Iranian navy rescued 44 crew members from the two tankers which caught fire off the Iranian coast and transferred them to the nearby port of Bandar-e Jask. 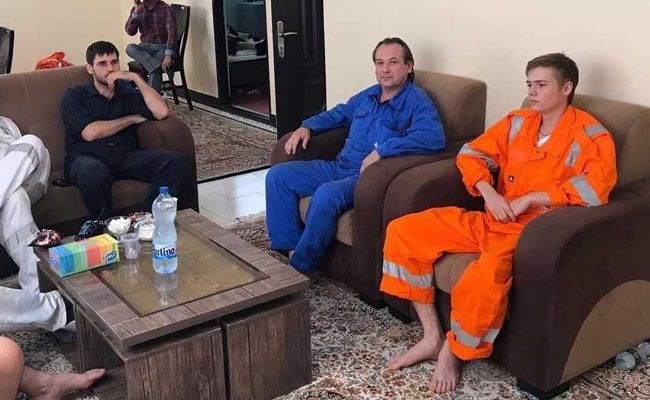 But US Central Command said the 21 crew of the Japanese-owned Kokuka Courageous were picked up by a Dutch tug and transferred not to an Iranian vessel but to the destroyer USS Bainbridge.

The Front Altair, owned by a company listed on the Norwegian stock exchange, was carrying naphtha from Qatar to Taiwan.

Video shows crewmembers of a tanker hit by suspicious blast in Sea of Oman who were saved by Iranian rescue teams and transferred to Jask port.#SeaofOmanpic.twitter.com/XE2Nd5cynF

"Everything is OK," said one of the vessel's "chief officers", presenting himself as Russian and thanking Iran for its "hospitality."

Press TV said 11 of the crew were Russian, 11 Filipino and one Georgian. A woman was also seen in the footage with her hair and face partially covered by a veil.

"Everything is OK," said one of Front Altair's "chief officers", presenting himself as Russian and thanking Iran for its "hospitality" (AFP)

The US has accused Iran of being behind the tanker attacks, a claim dismissed by Tehran as "baseless".

(Except for the headline, this story has not been edited by NDTV staff and is published from a syndicated feed.)
Comments
Front AltairGulf Of OmanSea Of Oman