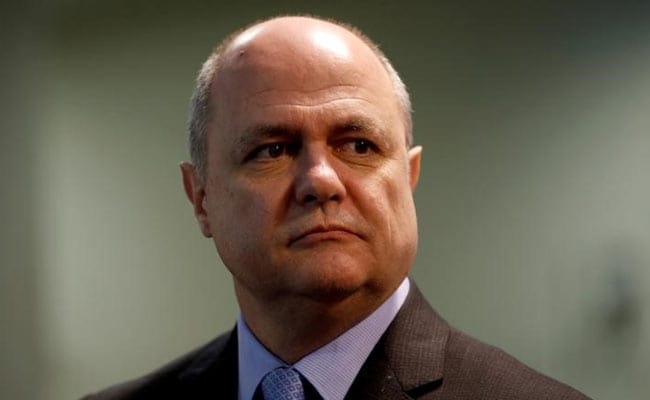 Paris: French Interior Minister Bruno Le Roux resigned on Tuesday over payments of public funds to his daughters, denying he had done anything wrong but saying he did not want the scandal to affect the government's work.

The employment of family members by politicians has become a hot-button issue in France after conservative presidential election candidate Francois Fillon became embroiled in a similar scandal over the employment of his wife and two of his children as parliamentary assistants.

That scandal, known as "Penelope-gate" after the first name of his wife, has sent Fillon's public ratings tumbling and made him an also-ran in a race in which he was once the front-runner.

Le Roux, the former head of the Socialist Party's group in the lower house of parliament, became interior minister in early December in a government reshuffle.

He resigned after financial prosecutors opened an inquiry on Tuesday over press reports he paid his two daughters from public funds for parliamentary work when he was still a lawmaker and when they were of student-age.

"Those work contracts ... correspond to work that was effectively carried out," said Le Roux, in a bid to distance himself from Fillon, who is accused of having paid his wife hundreds of thousands of euros for work she did not do.

The Elysee presidential office said the junior foreign trade minister, Matthias Fekl, would replace Le Roux. It did not say who would replace Fekl.

The inquiry further detracts from the image of the already deeply unpopular government of Francois Hollande near the end of its term. Le Roux alluded to that, telling reporters he had decided to resign because he did not want this issue "to harm the government's work."

The inquiry was launched after allies of Fillon suggested that any inaction by the judiciary in Le Roux's case would show that Fillon, who says he did nothing illegal, was the victim of bias by the judiciary.

Members of the National Assembly, France's lower house of parliament, are allowed to hire family as assistants and pay them from funds put at the disposal of all lawmakers.

At issue is the extent to which work was actually done for the money, which in Fillon's case was in the region of 800,000 euros.