Nearly 100 Vehicles Crash Into Each Other In US, 3 Dead In Pile Up 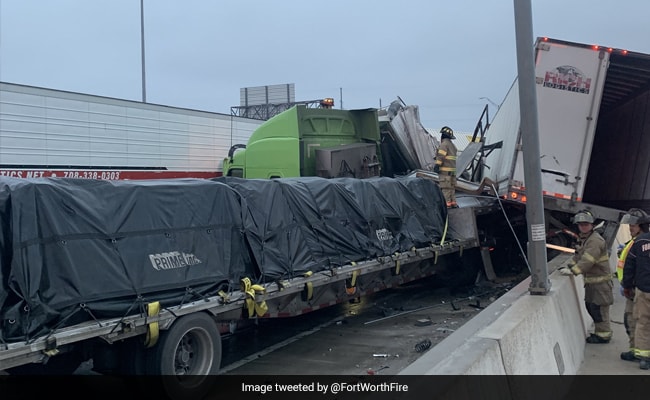 At least three people were killed in the United States' Fort Worth, around 50 kilometres from Dallas, Texas, after nearly 100 vehicles - ranging from small cars, SUVs to 18-wheel trucks - crashed into each other, forming a massive pile up of mangled steel, American broadcast network CNN has reported.

Jason McLaughlin, who describes himself as extreme weather forecaster and professional storm chaser, shared the horrific scene on Twitter.

"Here at the scene in North Fort Worth of one of the worse disasters I have ever seen in this area. Pray. Pray hard. 100+ of vehicles (sic)," he tweeted.

Visuals show dozens of crashed vehicles - badly damaged - strewn around on the road.

Local publication Fort Worth Star reported that at least 30 people were taken to hospital. Many of the injured are critical. At least 24 fire units responded to the pile-up, it added.

The exact number of those injured is not known yet.

CNN reported that icy road conditions could be one of the reasons for the accident.

The area where the accident took place was under winter advisory because of ice accumulation, which results in slippery roads, the channel quoted the United States' National Weather Service.