The straight-talking secretary lasted less than two years at the Treasury during Bush's first term in office -- he was fired after a public spat with the administration in December 2002. 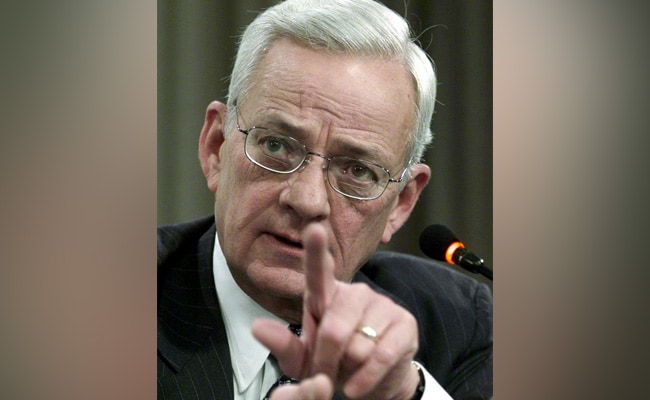 Paul O'Neill is survived by his wife, four children, 12 grandchildren and 15 great-grandchildren.

Former US treasury secretary Paul O'Neill, who served under George W. Bush, died Saturday at the age of 84 after a battle with cancer, his alma mater Indiana University announced.

O'Neill, who died in Pittsburgh, was "known for his unflinching integrity, his data-driven approach to decision-making and his strong commitment to public service," IU said in a statement.

The straight-talking secretary lasted less than two years at the Treasury during Bush's first term in office -- he was fired after a public spat with the administration in December 2002.

He late became the subject and key source for Ron Suskind's book "The Price of Loyalty: George W. Bush, the White House, and the Education of Paul O'Neill," which offered a damning look at the Bush administration.

"Through my book he spoke truth to the world about no WMD in Iraq, Cheney's seizure of power and Bush's fecklessness," Suskind wrote on Twitter.

"He was a believer in truth -- that's what got him fired -- and a true American hero. Farewell old friend."

O'Neill, who was born in St Louis, was an old political hand, having serving in high-ranking posts in the US government budget office under Richard Nixon and Gerald Ford.

He left politics when Jimmy Carter was elected for a life in the private sector, serving as president of International Paper and CEO of industrial giant Alcoa.

In 2019, he donated $30 million to his alma mater, which renamed its school of public affairs in his honor.

O'Neill is survived by his wife, four children, 12 grandchildren and 15 great-grandchildren.