Jerry Chun Shing Lee, a 54-year-old Hong Kong native and U.S. Army veteran who served in the CIA for 13 years, faces up to life in prison. 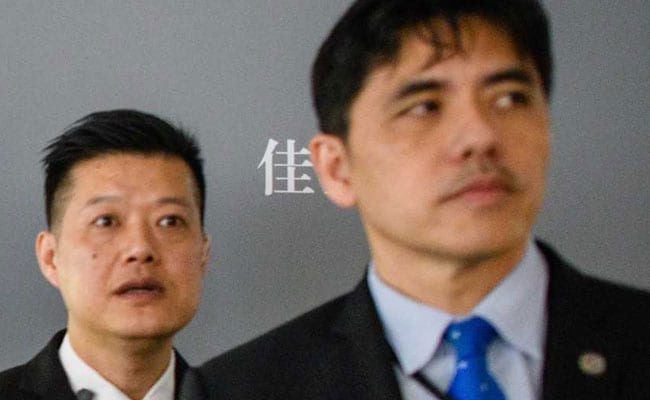 A former CIA case officer long suspected in the intelligence community of being a devastating mole for the Chinese government admitted Wednesday he conspired to commit espionage in that country. But no evidence was produced that Jerry Chun Shing Lee shared any information.

"Lee sold out his country, conspired to become a spy for a foreign government, and then repeatedly lied to investigators about his conduct," Zachary Terwilliger, U.S. attorney for the Eastern District of Virginia, said in a statement. "This prosecution should serve as a warning to others who would compromise our nation's secrets and betray our country's trust."

Lee, a 54-year-old Hong Kong native and U.S. Army veteran who served in the CIA for 13 years, faces up to life in prison. But because the guilty plea he entered in federal court in Alexandria describes the information involved as "secret" rather than "top secret," his recommended sentence will be significantly lower. He had been set to go to trial this week before Judge T.S. Ellis III.

Intelligence officials still suspect Lee is responsible for compromising CIA sources in China, some of whom were killed, according to former U.S. officials. But both intelligence and law enforcement officials have expressed doubt since his arrest last year that they would ever be able to prove Lee was behind the collapse of the CIA's network of assets in China. There are some who think there may be another explanation for how the CIA's covert communication system was breached.

With his plea, the case against Lee will remain shrouded in mystery. Over a dozen hearings over the last year were closed to the public. Most court records in the case are sealed.

The public case against Lee, who moved to Hawaii in high school and has lived in northern Virginia, has always been circumstantial. He was compiling and keeping information China wanted while at the same time receiving large sums of money, according to court papers. He lied about both his finances and his travel history in interviews with American authorities. Eventually he admitted he had received assignments from Chinese spies and compiled information they requested but maintained he had never given the documents to them.

"He got himself into a bad spot in China and he got out of it," defense attorney Ed MacMahon said outside the court. He said "there was never any claim that Mr. Lee was responsible for getting anyone killed."

A case officer tasked with engaging foreign officials, Lee left the CIA in 2007 and tried his luck in tobacco importation. But he was not successful. In 2010, according to court documents, two Chinese spies approached Lee at a dinner in Shenzhen and offered him $100,000 in cash in exchange for his cooperation. They added that they would take care of him for life.

Over the next year, Lee received assignments and gifts through a business associate, a former Hong Kong police officer with close ties to Chinese intelligence, according to court records. He began regularly depositing large sums of cash in his bank account.

In 2011, an FBI informant in China told his American handlers that everyone he knew who helped the U.S. government was either dead or now working for the Chinese, a former U.S. official with knowledge of the events previously told The Washington Post.

Suspicious, law enforcement lured Lee to the United States in 2012 with a fake offer to return to the CIA. Searching his hotel room in Honolulu, they found a thumb drive with a document describing CIA operational details. They also found two notebooks on CIA asset meetings and locations, numbers, names, and facilities in his luggage.

The information in the notebooks dated to before 2004, according to the statement of facts. Prosecutors would not say if Lee was working in China at that point. Defense attorney Nina Ginsberg emphasized after Lee's plea that there was no link made between the names in the notebook and any asset exposed to the Chinese.

In interviews with the CIA in 2012, Lee initially falsely claimed he had avoided China after he was first approached by that country's spies and never acknowledged the assignments they gave him, Assistant U.S. Attorney Neil Hammerstrom said in court. The following year, Lee acknowledged to the FBI he had received tasks from the Chinese. He admitted drawing a sketch of a former CIA facility abroad but said he tore it up having never shown it to the Chinese. He said he thought about giving the document on the thumb drive to the spies but did not.

But he was not then charged with a crime, and he returned to Hong Kong a year later.

"Long time no see," the Chinese spies emailed Lee in 2013, authorities said in court papers, questioning why they hadn't seen his daughter's "grade book for a few months."

After his arrest in January 2018, according to his plea, Lee contradicted his previous admissions, denying that he kept the notebooks or that the document on the thumb drive was in response to the Chinese.

(Except for the headline, this story has not been edited by NDTV staff and is published from a syndicated feed.)
Comments
Jerry Chun Shing LeeCIA