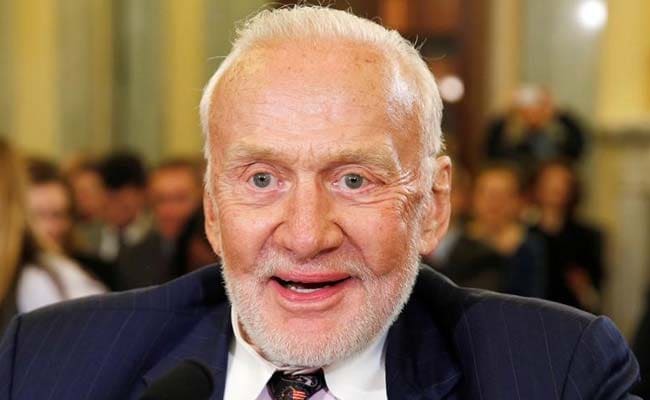 Buzz Aldrin was a fighter pilot during the Korean War before joining the US astronaut program.

Sydney: Former U.S. astronaut Buzz Aldrin, the second man to walk on the moon, posted photos on Saturday of his recovery in a New Zealand hospital after he was evacuated from the South Pole due to illness.

Aldrin, 86, who was visiting the pole as part of a tourist group, was flown to Christchurch, New Zealand, early on Friday local time when his condition deteriorated.

He has fluid in his lungs but is responding well to antibiotics and is in a stable condition, according to his official website.

Aldrin appeared in good spirits on Saturday after receiving a visit from NASA Deputy Administrator Dava Newman at Christchurch Hospital.

"I had a surprise visitor this morning. My longtime friend," he wrote on Twitter.

In the photos, Aldrin can be seen giving a thumbs-up sign and sitting in front of a tray of food and juice.

His manager Christina Korp, who travelled with him to Antarctica, posted photos on Thursday of the former astronaut walking over snow at the South Pole.

Aldrin was a fighter pilot during the Korean War before joining the U.S. astronaut program. On July 20, 1969, he stepped on the moon about 20 minutes after Neil Armstrong had taken the historic first step.

Promoted
Listen to the latest songs, only on JioSaavn.com
Their moonwalk was part of the Apollo 11 lunar landing was watched by a then-record television audience of 600 million people.
© Thomson Reuters 2016

(This story has not been edited by NDTV staff and is auto-generated from a syndicated feed.)
Comments
Buzz Aldrinsecond man to walk on the moonNew Zealand hospitalSouth PoleUS astronaut program