It is expected to be a violent Category 3 hurricane -- with the power to uproot trees, block roads and knock out power for days -- by the time it hits Florida on Wednesday, before moving across the southeastern United States through Thursday. 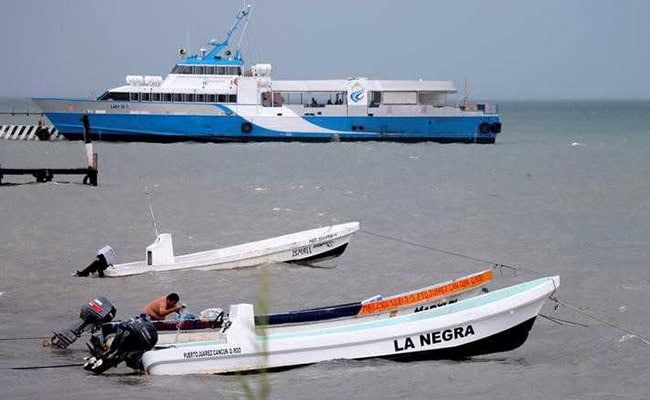 The alert came as the tropical storm system strengthened to a Category 1 hurricane.

Florida was warned Monday to plan for "life-threatening" flash flooding as Michael heads for the US Gulf Coast, where it is expected to make landfall midweek as a major Category 3 hurricane.

The alert came as the tropical storm system strengthened to a Category 1 hurricane, packing maximum sustained winds of 75 miles (120 kilometers) per hour, earlier in the day.

By 1800 GMT it was nearing the western tip of Cuba, off Mexico's Yucatan peninsula, and was forecast to push through the Gulf of Mexico before moving inland over the northern Gulf Coast of Florida, the Miami-based National Hurricane Center (NHC) said.

It is expected to be a violent Category 3 hurricane -- with the power to uproot trees, block roads and knock out power for days -- by the time it hits Florida on Wednesday, before moving across the southeastern United States through Thursday.

"#Michael could produce three life-threatening hazards along portions of the northeastern Gulf Coast: storm surge, heavy rainfall, and hurricane-force winds, with storm surge and hurricane watches in effect," the NHC said on Twitter.

"Residents in these areas should follow advice given by local officials."

Torrential downpours could produce "life-threatening flash flooding," the NHC said, from the Florida Panhandle and Big Bend region into portions of the Carolinas through Thursday.

The first rains from Michael were already beginning to soak the Florida Keys on Monday, with up to four inches (10 centimeters) expected to fall through Tuesday.

President Donald Trump, who was in Orlando delivering an address to a global association of police chiefs, said the federal government was ready and urged residents to be prepared for the worst.

"Can you believe it? It looks like another big one," he added.

"But we've handled them well. We handle them very well... It never ends but we are all prepared and hopefully it won't be as bad as it's looking. It looked a couple of days ago like it was not going to be much and now it's looking like a very big one."

Florida Governor Rick Scott declared a state of emergency for 35 counties, activating 500 National Guard troops in preparation for the storm.

"We are running out of time," the Republican governor said on Twitter. "TODAY is the day to get a plan, because tomorrow could be too late."

"This storm will bring torrential rain, heavy winds and dangerous storm surges to many areas of our state," he tweeted.

Florida State University announced it was closing for the week on Tuesday, along with schools in Leon county, home to the state capital Tallahassee.

Tallahassee's Democratic Mayor Andrew Gillum, who is campaigning to succeed Scott as governor in next month's elections, suspended his campaign and returned to the state capital to oversee storm preparations.

The Carolinas are still recovering from Hurricane Florence, which left dozens dead and is estimated to have caused billions of dollars in damage last month.

It made landfall on the coast as a Category 1 hurricane on September 14 and drenched some parts of the state with 40 inches of rain.

Last year saw a string of catastrophic storms batter the western Atlantic -- including Irma, Maria and Hurricane Harvey -- causing a record-equaling $125 billion in damage when it flooded the Houston metropolitan area.

Scientists have long warned that global warming will make cyclones more destructive, and some say the evidence for this may already be visible.

At their most fearsome, these low-pressure weather fronts pack more power than the energy released by the atomic bomb that levelled Hiroshima.

(This story has not been edited by NDTV staff and is auto-generated from a syndicated feed.)
Comments
Hurricane MichaelFlorida Hurricane