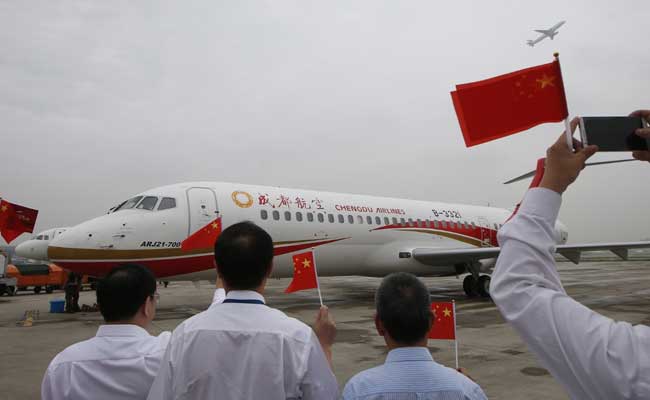 Shanghai:  The first regional jet produced in China's initiative to compete in the commercial aircraft market made its debut flight today carrying 70 passengers.

The ARJ21-700 jet is one of a series of initiatives launched by the ruling Communist Party to transform China from the world's low-cost factory into a creator of profitable technology in aviation, clean energy and other fields. 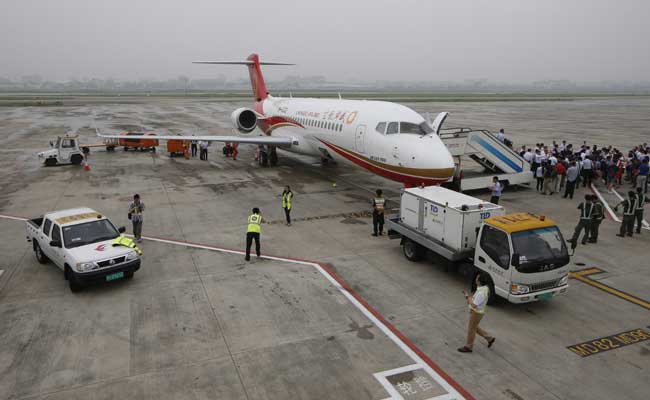 The plane operated by Chengdu Airlines took its passengers from the western city of Chengdu to Shanghai in two hours.

China is one of the biggest aviation markets but relies on foreign-made aircraft. Beijing wants to capture more of those sales. Its major airlines are state-owned, which gives the ruling party a captive pool of potential customers that can be ordered to buy Chinese-made aircraft.

The ARJ21 - or Asian Regional Jet for the 21st Century - is intended to make its state-owned manufacturer, Commercial Aircraft Corp. of China, a competitor to Bombardier Inc. of Canada and Brazil's Embraer SA.

"The first flight of the ARJ21 marks the beginning of commercial, or passenger, operations for the ARJ21 and signifies the first time a domestically made regional jet has been used by a Chinese airline," said the COMAC chairman, Jin Zhuanglong. 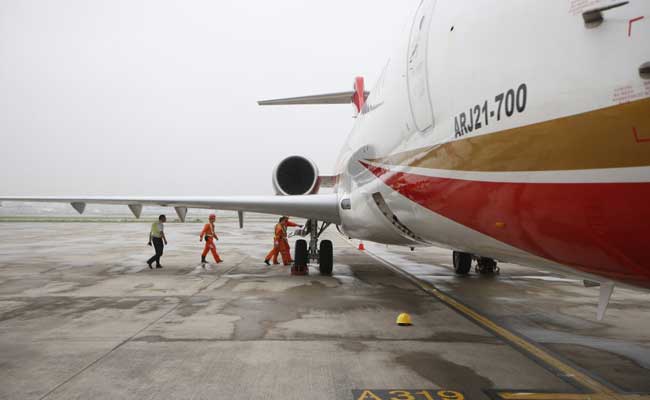 The ARJ21 initiative was launched in 2002. It was scheduled to deliver its first plane in 2007 but that was pushed back due to technical problems.

A full-size jetliner under development by another state-owned company, the C919, is aimed at competing with Boeing Co. and Airbus. After delays blamed on manufacturing problems, the C919 is due to fly this year and enter service in about 2019.

Boeing forecasts China's total demand for civilian jetliners over the next two decades at 5,580 planes worth a total of $780 billion.

(This story has not been edited by NDTV staff and is auto-generated from a syndicated feed.)
Comments
Chinese jetlinerChengdu Airlines