First He Bought A Google Assistant. Then He Used It To Fire A Gun

In the past, the artist and MIT-trained roboticist built a rudimentary-looking mechanical arm that arbitrarily stabs people. 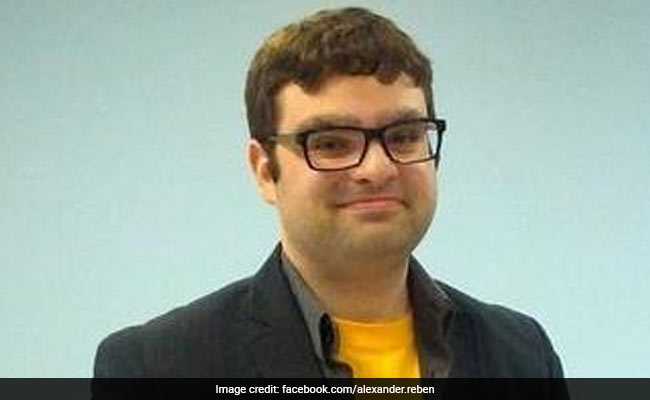 Reben has now created a system that allows a Google smart speaker to fire a pellet gun.

Alexander Reben has a knack for identifying malevolent potential in things that might otherwise appear mundane.

In the past, the artist and MIT-trained roboticist built a rudimentary-looking mechanical arm that arbitrarily stabs people, offering willing participants a fleeting moment of vulnerability at the hands of a machine.

For his latest project, the Berkeley, California, resident has upped the lethality, creating a system that allows a Google Home smart speaker to command a device to fire a pellet gun.

The work combines two objects currently steeped in controversy: Virtual assistants - the source of new fears about hacking and eavesdropping - and, guns, a potent political topic amid a new round of mass shootings around the country.

"How much should a company be able to foresee how their technology will be used and how much can they ultimately control?" Reben asks. "Even more interestingly, what happens when machines start making the decisions?"

Responding to the video, Google was quick to point out that - as far as Reben's contraption is concerned - the weapon isn't being fired by harnessing the power of artificial intelligence.

"This appears to be a homebrew project that's controlled by a smart outlet, not something that's programmed into the Assistant or uses any type of AI," the company said in a statement. "This isn't condoned by Google and could not launch as an Action for the Assistant because it's against our Terms of Service, which prohibits Actions that promote gratuitous violence or dangerous activities.

The same outcome could've been produced using an Amazon Echo or a cellphone, he said. (Amazon.com's chief executive Jeff Bezos owns The Washington Post.) To pull the trigger, the device mostly relies on a light switch and a solenoid used in a laundromat change dispenser - a coil of wire that forcefully pulls when energized.

After this verbal prompt, a buzzer goes off and the gun fires.

Aside from reprogramming assistant's voice commands, Reben said he constructed the entire project in about 30 minutes using stuff lying around his house and noted the most labor-intensive part was going to the store to buy an apple.

With nearly 80,000 views, the video has drawn equally amount of hate and praise on YouTube:

"50 years from now people will get back to this video to see how it all got started," one viewer ominously predicted.

"War has changed," noted another.

"Lame attempt to shame AI and Google," a third commenter said. "Only thing the Google assistant is doing is turning on a main switch like it should. It's the person to blame for naming the switch as 'gun' and attaching the solenoid to the gun."

The simple yet surreal nature of the firing sequence, he said, is sort of the point.

"Part of this project was a response to some of the news about deep learning an artificial intelligence being used for military applications," Reben said. "This is a provocation, sure, but the simplicity of it is a good way to jump start a conversation."

"I don't have the answers, but I think we need to have a conversation," he added.

(This story has not been edited by NDTV staff and is auto-generated from a syndicated feed.)
Comments
RoboticsMIT