First Ever Marvel Comic Sells For $1.26 Million At US Auction

The first copy of "Marvel Comics" was sold in very good condition and well above the price of 10 cents it fetched back in 1939. 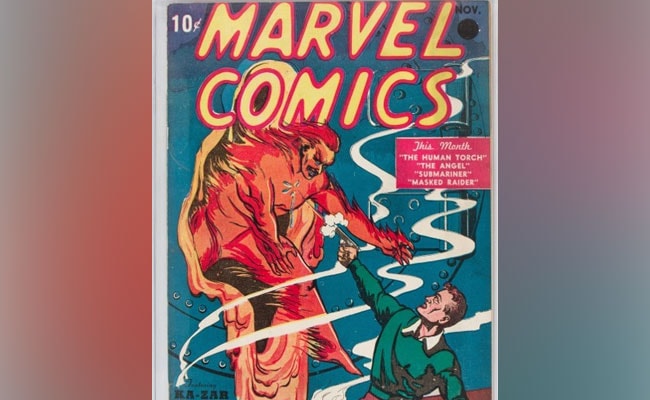 The first comic book produced by Marvel, the famed US publisher behind Spider-Man, X-Men and The Avengers, went under the hammer Thursday, fetching a record $1.26 million, Heritage Auctions said.

"This is a historic copy of a historic comic book," Ed Jaster, auction house senior vice president, said of the book, which was published in 1939 by Timely Comics, which later became Marvel.

"Without question, this is the granddaddy of all Marvel Comics, without which we would not have the characters and stories we enjoy in today's comics and feature films," Jaster added.

Under the direction of screenwriter Stan Lee, Marvel in the 1960s created superheroes which have become iconic today and whose cinema adaptations have conquered box offices worldwide.

The first copy of "Marvel Comics" was sold in very good condition and well above the price of 10 cents it fetched back in 1939.

"Amazing Fantasy #15," in which Spider-Man first appears, slipped to second-highest Marvel comic ever auctioned, having sold for $1.1 million in 2011.

The most expensive comic book in history remains the first issue of "Action Comics" published in 1938 in which Superman makes his debut. It sold for $3.2 million in 2014.

(Except for the headline, this story has not been edited by NDTV staff and is published from a syndicated feed.)
Comments
Marvel comicHeritage AuctionsFirst Marvel comic