The 52-year-old R&B artist R. Kelly, who was already being charged at the state level, now faces federal charges. 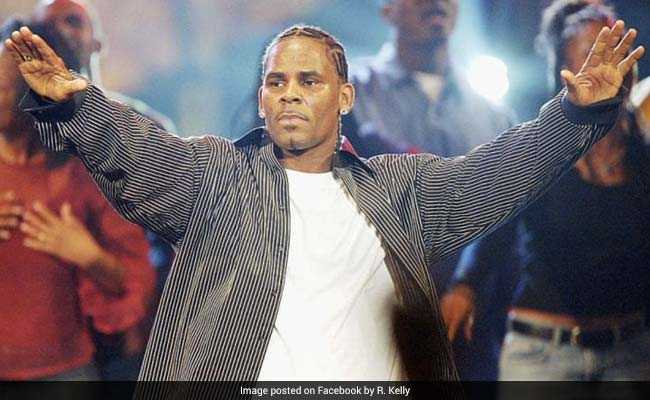 Embattled R&B singer R. Kelly was arrested Thursday night in Chicago on new federal sex-crime charges, just months after he was charged at the state level with abuse and aggravated sexual assault.

Federal prosecutors in Brooklyn unsealed a separate five-count indictment against Kelly on Friday, accusing Kelly of, among other things, leading a racketeering enterprise for two decades - dating from 1999 and continuing as recently as February of 2018.

According to a letter filed by Richard Donoghue, U.S. Attorney for the Eastern District of New York, with the court Friday, Kelly participated during that time in "the sexual exploitation of children, coercing and transporting women and girls to engage in illegal sexual activity, kidnapping and forced labor."

For years, his staff - managers, bodyguards, drivers and personal assistants - recruited women and underage girls as sexual partners for Kelly, according to the indictment. The indictment says employees sometimes found these girls at Kelly's concerts and invited them backstage; other times the singer flew them across the country to meet him on tour. Often, prosecutors say, the sexual activity was filmed and photographed.

Kelly, according to the indictment, had "rules": the girls were to call him "Daddy;" they weren't allowed to leave their rooms to eat or go to the bathroom without his permission; they had to wear baggy clothing when not going with him to an event; and they were instructed to keep their heads down and were forbidden from looking at other men.

The indictment specifically details the abuse of five unnamed girls and women, three of whom were minors at the time. One alleged she was locked in a room for three days without food. When an employee eventually fed her, she became tired and dizzy and woke up with Kelly in the bedroom "under circumstances that made clear he had sexually assaulted her while she was unconscious," Donoghue said. Another accused Kelly of having unprotected sex without divulging he had an infectious venereal disease. And a 16-year-old victim claimed Kelly physically abused her when she "disobeyed his sexual directives, including slapping, choking, and isolating her in rooms for days at a time with no access to food."

If convicted on all counts, Kelly faces decades in prison. He is expected to be arraigned in federal court in Chicago on Friday.

Steve Greenberg, Kelly's attorney, said in a statement Friday that the singer was aware of the investigations and the charges were not a surprise. "He and his lawyers look forward to his day in court, to the truth coming out and to his vindication from what has been an unprecedented assault by others for their own personal gain."

The entertainer's legal troubles have mounted in recent months after a Lifetime docuseries, "Surviving R. Kelly," brought renewed attention to decades' worth of sexual-misconduct allegations. In February, Kelly was charged in Illinois state court with 10 counts of aggravated criminal sexual abuse, each carrying a potential sentence of three to seven years in prison. He spent three days in Chicago's Cook County Jail before being released on a $1 million bond.

The charges filed against Kelly by Cook County prosecutors allege that he sexually abused four women, three of whom were minors at the time, between 1998 and 2010. It wasn't immediately clear whether the new federal charges were related to those allegations.

An additional 11 counts were added in May. Kelly has pleaded not guilty to all the state-level charges, and denied the allegations in an explosive March interview with "CBS This Morning" in which he cursed, screamed, pounded his fists and cried, claiming that he had been "assassinated" and "buried alive" by his accusers.

"And let us be clear: this is not just about surviving R. Kelly. For most victims, it's about surviving a less famous abuser, a trusted adult, or a total stranger," she said in a statement Friday.

Allegations that he sexually abused young girls have dogged Kelly, whose real name is Robert S. Kelly, for decades. In 2008, he stood trial on child pornography charges stemming from a video that was sent to the Chicago Sun-Times that allegedly showed him having sex with and urinating on an underage girl. The girl and her parents refused to testify, and Kelly was acquitted on all counts.

Heightened scrutiny following the release of the Lifetime documentary resulted in Kelly being dropped from his record label and launched a movement, #MuteRKelly, which encouraged radio stations to stop playing the entertainer's music. It also prompted authorities in Chicago to open new investigations into the sexual misconduct allegations and plead for any potential victims to come forward.

"There is nothing to be done to investigate these allegations without the cooperation of both victims and witnesses," Foxx said at a news conference in January. "We cannot seek justice without you."

(Except for the headline, this story has not been edited by NDTV staff and is published from a syndicated feed.)
Comments
R Kellyr kelly sexual misconduct