Extreme Heat Waves May Occur Annually By 2040 In Africa: Study 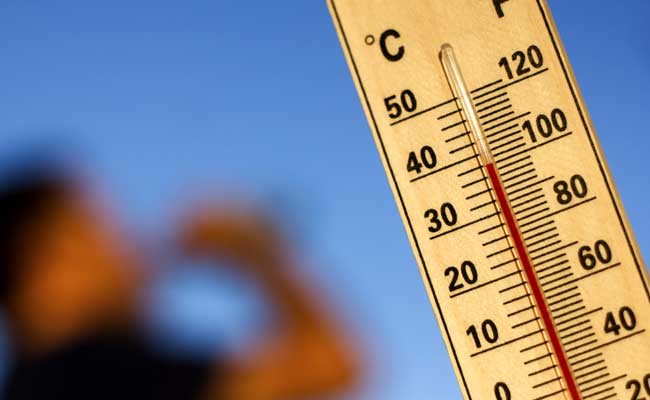 Africa is one of the most vulnerable continents to climate change. (Representational Image)

London: Periods of unusually hot weather are on the rise in Africa and may become a normal occurrence in 20 years, which could have a damaging effect on life expectancy and crop production in the continent, a new study has warned.

This scenario could be triggered by an increase in average global temperature of 2 degrees, said researchers who examined temperature data from 1979 to 2015.

Located between the Tropic of Cancer and the Tropic of Capricorn, Africa experiences high levels of solar radiation all year round and heat waves can occur in any season, not just during summer months.

Running climate models through to 2075, scientists found that so-called unusual heat waves could occur as frequently as four times per year towards the end of the century.

"Africa is one of the most vulnerable continents to climate change and even a modest rise in average global temperature could have severe consequences for the people living there," said Jana Sillmann of the Centre for International Climate and Environmental Research (CICERO) in Norway.

"We need to put considerable effort into climate change adaptation to reduce the risk of extreme events such as heat waves, which are likely to occur much more frequently in the future," Ms Sillman said.

To crunch the numbers, researchers, including those from the Institute for Environmental Protection and Research (ISPRA) and the University of Catania in Italy - used a metric dubbed the Heat Wave Magnitude Index daily (HWMId).

The data format takes into account the severity of the temperature extremes as well as the number of consecutive days of hot weather.

Using this approach, the group can compare heat waves occurring in different places and at different times of the year, but there are other details to factor in.

"The severity of the impact on human mortality and crop production depends on the vulnerability of the communities affected and the environmental systems," said Ms Sillmann.

"For example, the heat wave in Finland during 1972 - which we have studied previously - was comparable to the period of hot weather occurring in Central Europe during 2003," she said.

"However, the latter event was responsible for more deaths than the Finnish heat wave," she added. The study was published in the journal Environmental Research Letters.