Only one 83-year-old monk remains. A longtime chef-gardener still lives there, as well, along with several dozen feral cats. 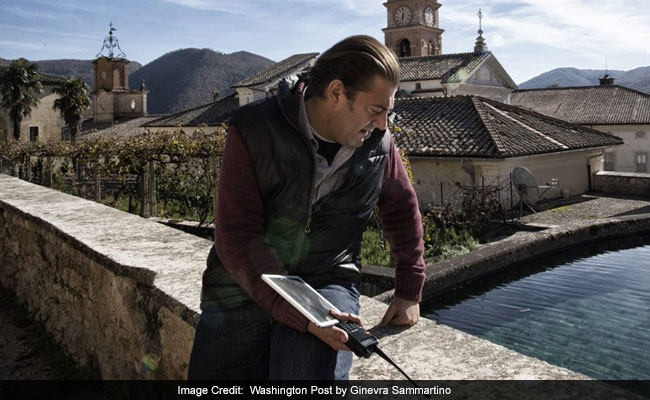 Inside the stone walls of the Trisulti monastery, for more than eight centuries, monks have lived in quiet seclusion, praying, reading and concocting medicinal remedies with herbs from the surrounding forest.

But now, only one 83-year-old monk remains. A longtime chef-gardener still lives there, as well, along with several dozen feral cats. The other resident at Trisulti is the newcomer: a 43-year-old Briton who is one of Stephen Bannon's closest associates in Europe and who hopes to transform the monastery into a "gladiator school for culture warriors."

One recent morning, Benjamin Harnwell, the Bannon acolyte, grabbed his ring of keys and moved from one building to the next, through hidden passageways and into frescoed rooms, where he said the next mission at this site was about to take form.

Soon, he said, the monastery would be filled with students who wanted to master the tools of populist politics. The halls with centuries-old oil paintings would serve as classrooms where students could learn "the facts" - the worldview espoused by Bannon, who, since being booted from the White House and Breitbart News, has turned to fomenting right-wing populism in Europe and beyond.

Can a place where monks once upheld vows of silence now produce the next generation of Matteo Salvinis and Viktor Orbans? Harnwell is still recruiting teachers. He hasn't yet received accreditation. He has yet to test whether students will want to venture up into the Apennine Mountains for such an education.

But if all goes well, Harnwell said, a new generation of leaders will spend time here and then descend back down the mountainside road, returning to Rome, to other European capitals or to Washington, helping to ensure that Bannon's version of a revolt might last for decades to come.

"You can see it, with a little bit of imagination," Harnwell said. 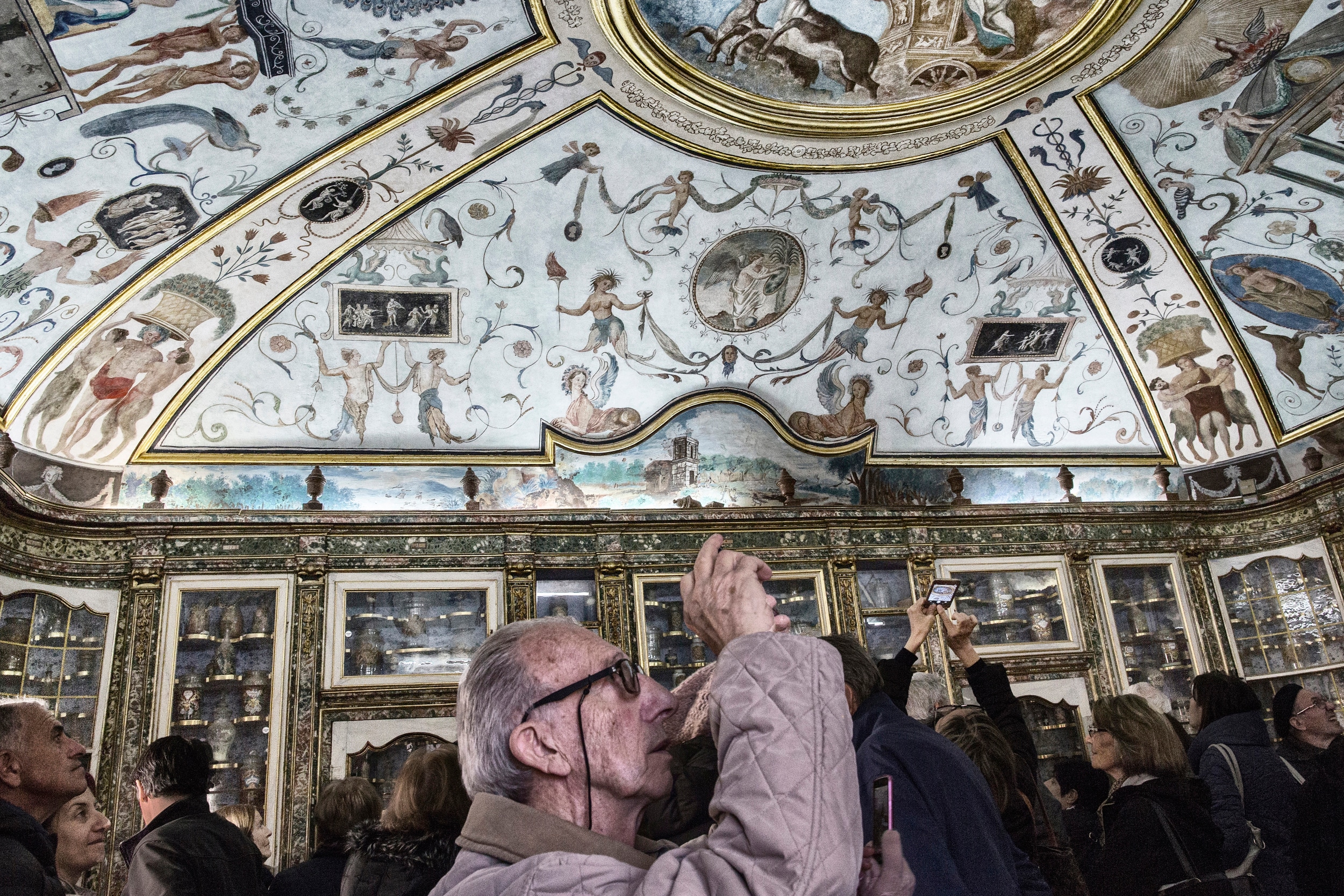 Tourists explore the monastery pharmacy, where old medicine bottles are nested in the walls and the frescoed ceiling dates to the 18th century

The project two hours outside Rome reflects both the grandiose ambitions and religious underpinning of Bannon and his allies, who feel the West has been weakened by a corrupt, globally minded set of elites and by the decline of traditionalist Christian values. As they see it, the monastery is a fitting setting for their plans: situated far from the mainstream, studded with reminders of history.

"Nothing we're doing is just in the moment," said Bannon, who has personally helped to fund the academy while also offering consulting to nationalist parties through his new Brussels-based group, The Movement. "It's deeper - to be passed down." 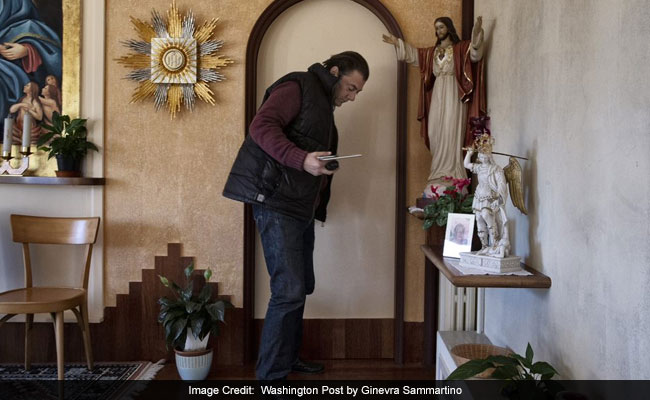 The site became available because the resident monks were thinning in number and couldn't manage the upkeep. The Italian government issued a request for tender. Harnwell stepped in, offering annual rent payments of 100,000 euros. He said the monastery would continue to serve as a space for "cultural activities." It will offer courses devoted to the ideologies of both Bannon and Cardinal Renato Raffaele Martino, who is known as a fierce fighter against euthanasia, the death penalty and abortion.

Harnwell acknowledged that the local reaction to his winning bid, announced by the Italian government last year, was "largely negative." The backlash has diminished, he said, as Italy has formed a populist government whose far-right League party has drawn close to Bannon. Still, in the town 15 minutes down the road from the monastery, where Harnwell sometimes grabs a coffee or a glass of wine, some residents said that a spiritual place risks being overrun by a divisive form of politics. 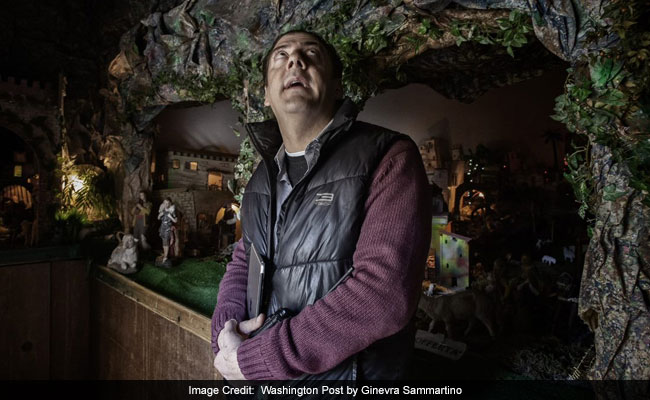 "Almost everybody is against this," Collepardo Mayor Mauro Bussiglieri said. "Citizens are having a hard time understanding that the [monastery] is going to be a place where future politicians are going to be trained. They keep looking at it as a religious place, and that's it."

Others have taken issue with the process that awarded the property to Harnwell's think tank, which says it defends the "Judeo-Christian values" of Western civilization, or said that the monastery doesn't feel as much a part of the community as it used to. One resident was reluctant to give his name for fear of causing tension with his new neighbors but said that Bannon had "dubious attitudes."

Harnwell sees the monastery school as one of Bannon's "legacy projects." They talk regularly. And when Bannon visits Rome, the two try to spend at least one day together, renting a hotel suite for meetings they host. 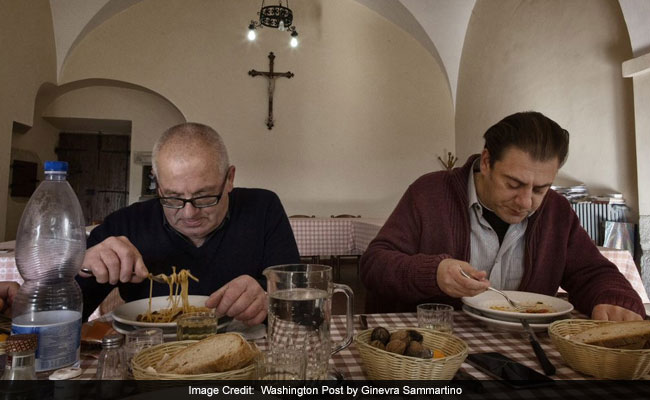 They met through a mutual friend - Austin Ruse, head of the New York-based Center for Family and Human Rights and a former Breitbart commentator - and hit it off. In 2014, Harnwell organized his think tank's annual conference at the Vatican and included Bannon as a guest speaker. Bannon appeared only by videoconference, but the speech he gave came to be viewed as a manifesto, one in which he talked about the dangers facing the West - the problem of "immense secularization," the corruption of capitalism and the "outright war against jihadist Islamic fascism" - and predicted that the world's politics would change as a result.

The "center-right revolt is really a global revolt," Bannon said.

In Bannon, Harnwell saw a gifted persuader - somebody he calls a "pioneer" and a "great genius." Harnwell has adopted some of Bannon's look, wearing layered shirts and a swept-back hairstyle.

Bannon appreciates Harnwell as a reliable and persistent operator.

"It's people like Ben Harnwell who make these movements happen," Bannon said."Because they're networkers and doers and dreamers. When he bounces these things off me, sometimes I think he's as mad as a hatter. But he has that tenacity." 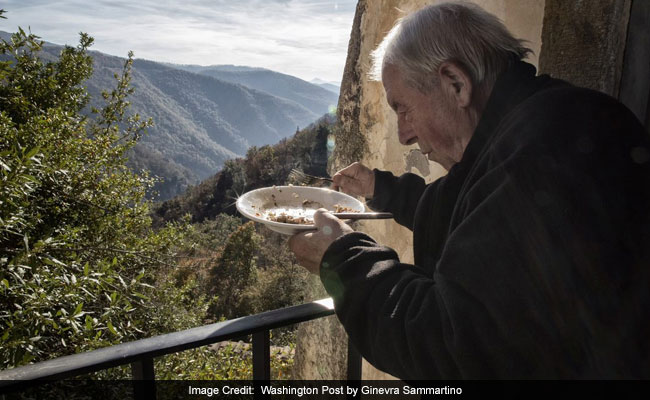 As Harnwell was going after the monastery, he pitched Bannon on the idea of the political school. They later decided to call it Academy for the Judeo-Christian West.

Bannon said that Harnwell is the "anchorman" for the project but that he has personally scouted for teachers and thought about how to market the academy to potential students.

"Will we teach the underpinnings of populism and nationalism? Yeah, absolutely," Bannon said. "But also a broader range of stuff. The trends of where we think the world is going."

Harnwell comes at the project as someone with strong misgivings about the political status quo. 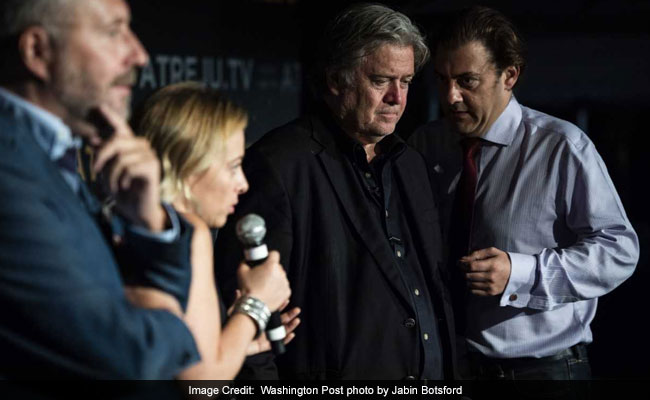 Stephen K. Bannon, left, and Harnwell at convention of right-wing activists in Rome

Out of college, he took a job with a Conservative British politician, Nirj Deva, and eventually followed Deva to the European Parliament in Brussels. Harnwell arrived as a pro-European and left, he said, as a "fanatical Euroskeptic." Raised middle class - his father was a fireman, his mother an accountant - Harnwell came to see Brussels as a place where politicians had "nice cushy careers" and big pensions but were "oblivious" to real problems.

Deva suggested that Harnwell might find Rome less frustrating and more in line with his values.

How should I live? Deva remembered Harnwell asking.

"I said, I have no idea, but God would provide," Deva said. "He packed his bags and left for Rome."

Harnwell wouldn't disclose how the think tank is funded, other than to say that it depends on donations from "private individuals." But after the publication of a report in the Italian newsmagazine L'Espresso, he acknowledged receiving 12,000 euros four years ago from think tank chairman Luca Volonte, an Italian politician who has been accused of accepting millions in illicit funds from figures connected with Azerbaijan. Harnwell said he thought the money coming to the institute was from Volonte, "not Azerbaijan," and didn't investigate.

"I have absolutely no idea, if somebody wants to make a donation, where that money came from," Harnwell said.

The think tank has turned out little in the way of research or reports. The school for populists seems to be its main preoccupation. Or, really, Harnwell's preoccupation. 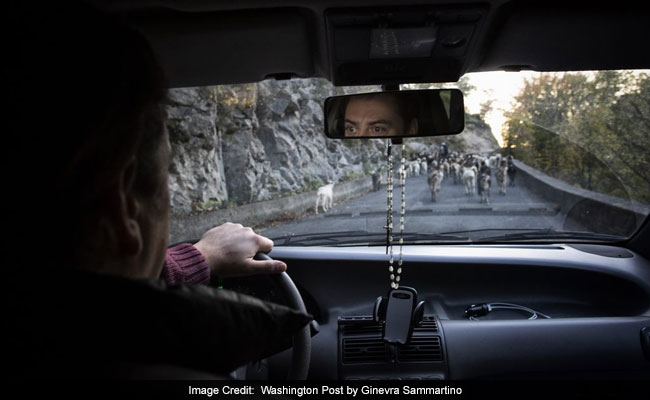 The academy is scheduled to open next year in a temporary spot in Rome, then in 2020 at the Trisulti site. But before its students can revolt against modernity, the monastery needs its share of modernization. It needs plumbing, wiring, roofing and sewage treatment. It needs bathrooms in the dormitories. It needs Internet access.

There are plenty of schools that train young politicos and even some that target future populists. But certainly none has poorer cellphone coverage.

For now, the monastery exists as a place caught between its former purpose and its next one. Day-tripping tourists from Rome come through to marvel at the garden maze and historic pharmacy. Pasta lunches for the residents are still prepared by the chef. Harnwell reads the news and reviews flashcards of biblical Greek and sometimes listens to Ronald Reagan speeches on his cellphone. He talks in turns about the "mountain air" and "spring water" and the "deep state" and the "ordinary regular working guy [who] is getting shafted repeatedly."

As the sun was setting one recent afternoon, he decided he wanted to catch a glimpse of the monastery from across the gorge.

After a few minutes of driving along a steep road through the oak forest, Harnwell's old Fiat 500 slowed to a crawl. A herd of goats was blocking the way. They ignored the car and the sunset. "Piss off!" Harnwell said.

The goats shuffled away as the last rays spread across the mountainside. Harnwell stepped out on a mound of gravel and looked toward his monastery.

From afar, the place looked much as it had for centuries, poking out from the green.

But Harnwell already sees it as something else.

"Beautiful," he said, before returning to his car. "A shining city on a hill."