The whale was first spotted at sea on Wednesday before its body drifted to the Coq beach near Bruges, the first time such an event has occurred in 21 years. 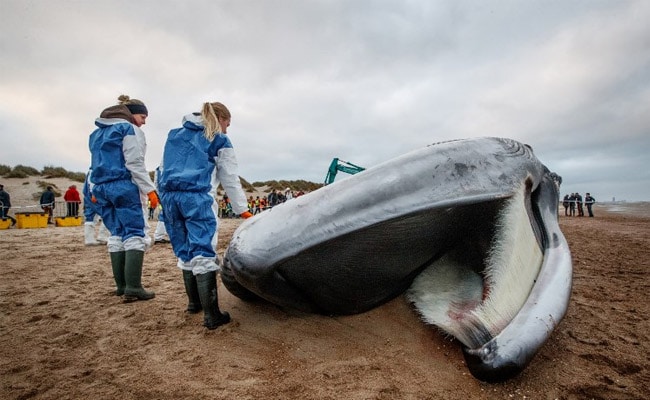 Carcass of a large fin whale stranded on the beach in De Haan. (AFP)

An 18-metre (60-foot) fin whale washed up overnight on a Belgian beach after dying offshore, in what the Royal Belgian Institute of Natural Sciences called a rare event.

The male whale, which weighed 35 tonnes, was first spotted at sea on Wednesday before its body drifted to the Coq beach near Bruges, the first time such an event has occurred in 21 years, local media said.

Fin whales are a protected species and are the world's second biggest mammals after blue whales.

The huge carcass was to be cut up and moved to a site where specialists will try to determine the cause of death.

On its Twitter account, the institute asked spectators to keep their distance while the operation was ongoing.

The WWF conservation group says the fin whale is found in most oceans, but the species has been severely impacted by commercial whaling. 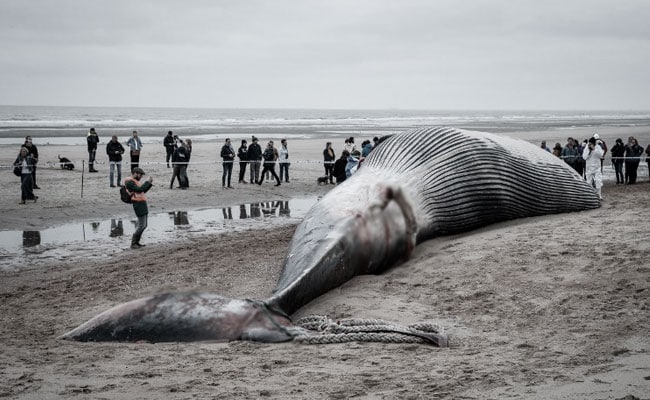 Carcass of the fin whale. (AFP)

"Nearly 750,000 animals were killed in areas of the Southern Hemisphere alone between 1904 and 1979, and they are rarely seen there today," WWF said on its website.

"Their current status is unknown in most areas outside of the North Atlantic."

With a thin body and a distinctive dorsal fin, the whales are nicknamed "razorback", the fund said.

The Belgian institute said a dead fin whale had also been seen in the port of Ghent in 2015, but in stranger circumstances.

The 10.5 metre (34 foot) male whale was found on the stern of a Brazilian ship carrying a cargo of orange juice. Presumably, the whale had been hit by the ship a couple of days before and dragged along into the port, the institute said.

(Except for the headline, this story has not been edited by NDTV staff and is published from a syndicated feed.)
Comments
Fin whaleEndangered whale