China has made clear it wants new security legislation passed after Hong Kong was rocked by seven months of massive and violent pro-democracy protests last year. 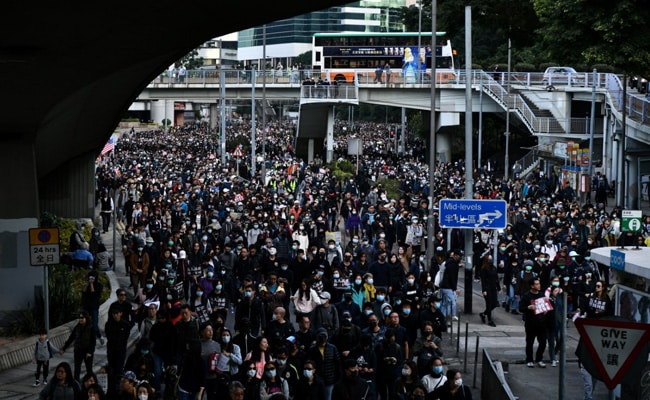 The proposal, which has been condemned by the United States and Hong Kong pro-democracy figures as an assault on the city's freedoms, was tabled on the opening day of the week-long National People's Congress, Xinhua news agency said.

Parliament spokesman Zhang Yesui late on Thursday said the chamber would consider a proposal for security legislation in Hong Kong.

Details have not been spelled out.

In a state-of-the-nation speech opening China's annual parliamentary session on Friday, Premier Li Keqiang said only that China would "establish and improve the legal systems and mechanisms to safeguard national security" in Hong Kong.

But Beijing has made clear it wants to see legislation enacted in Hong Kong to curb a growing pro-democracy movement in the former British colony, which reverted to Chinese control in 1997.