Mohamed Adel's legal team is still fighting for him. The defendant's lawyer Farid El-Deeb said that his client would appeal the death sentence. 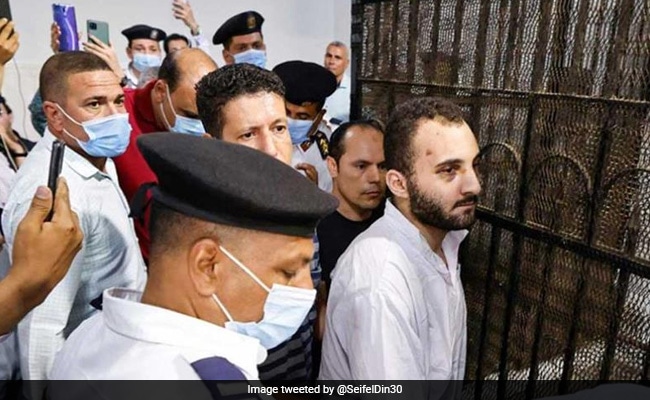 An Egyptian court has called for broadcasting the live execution of a murderer, who stabbed his classmate to death after she rejected his marriage proposal.

According to the Independent, 21-year-old Mohamed Adel was found guilty of killing fellow student Nayera Ashraf outside Mansoura University in northern Egypt last month. He was sentenced to death on June 28, and now the Mansoura Courthouse has written to parliament to ask for his execution to be broadcast live on television to deter similar crimes from happening in the future.

Citing local media, the outlet reported that the court wrote in a statement: “The broadcast, even if only part of the start of proceedings, could achieve the goal of deterrence, which was not achieved by broadcasting the sentencing itself.”

The court heard that Mr Adel stabbed Ms Ashraf to death outside the university after she rejected his marriage proposal. He pleaded guilty to the murder and was sentenced to death, a decision that had to go to Egypt's Grand Mufti Dr Shawki Allam for approval. The verdict was made public on July 24.

However, Mr Adel's legal team is still fighting for him. The defendant's lawyer Farid El-Deeb said that his client would appeal the sentence. Mr El-Deeb was quoted saying, “We still have 60 days to challenge the death sentence against Adel.”

According to The National, millions of Egyptians have been following the gruesome case ever since graphic videos of Ms Ashraf's killing on a busy street were widely shared on social media. Nayera Ashraf's killing has shone a spotlight on the issue of gender-based violence in Egypt as well. Last year, Amnesty International also stated that police did not adequately investigate sexual and gender-based violence, nor did the courts adequately punish it.

Meanwhile, as per the Independent, Egypt has been handing out an increasing number of death sentences in recent years. The last time the nation had a public execution was back in 1998 when state television broadcasted the hanging of three men who killed a woman and her two kids at their home in Cairo.