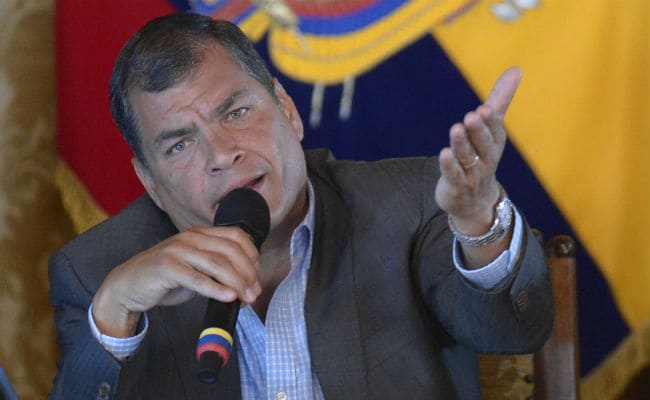 President Rafael Correa had previously estimated the cost of rebuilding at $3 billion, which later was raised. (File Photo)

Quito, Ecuador: Ecuador will need $3.3 billion to rebuild after a powerful earthquake devastated a large stretch of its Pacific coast on April 16, the government said Wednesday.

Planning and Development Secretary Sandra Naranjo estimated cleaning up the destruction left by the 7.8-magnitude quake would take 0.7 percentage points off the country's economic growth for the year.

Ecuador's economy is already hurting from a sharp fall in the price of oil, its top export.

Before the earthquake it was forecasting economic growth of one percent for 2016.

The quake killed 673 people and leveled thousands of buildings up and down the coast. Nine people are still missing and more than 28,000 living in shelters.

President Rafael Correa had previously estimated the cost of rebuilding at $3 billion.

Affected families are receiving government grants of up to $10,000 to rebuild their homes, as well as short-term assistance to pay rent and buy food.