Armstrong's story is one of Wall Street's more bizarre tales -- and the newest chapter makes it even more absurd. 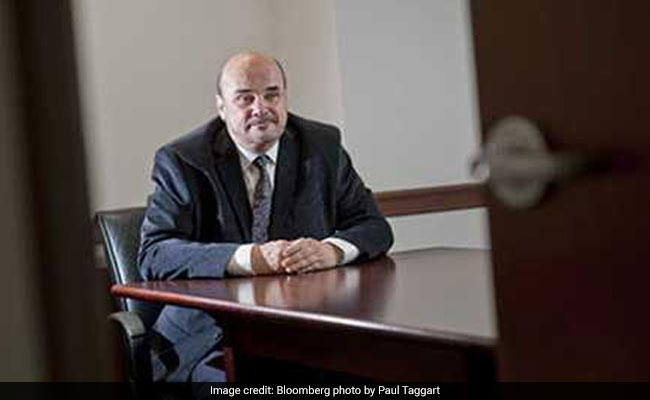 Armstrong made his name in the '80s and '90s for calling Russia's financial collapse and other crises.

The 58 rare coins at the center of two federal lawsuits are exceptionally valuable.

And an antique dealer wants them.

And so does Martin Armstrong, a self-taught economist with a cult following who spent years behind bars for what the U.S. said was a $700 million Ponzi scheme and for allegedly hiding assets, including what may be those very same coins.

Armstrong's story is one of Wall Street's more bizarre tales -- and the newest chapter makes it even more absurd.

Hailed as a genius by his acolytes and a crackpot by traditional economists, Armstrong made his name in the '80s and '90s for calling Russia's financial collapse and other crises, using his boom-bust "confidence cycle" theory. In 1999, prosecutors called him something else: a criminal, for swindling Japanese corporate investors.

He was also sued that year by regulators and the receiver for his bankrupt firm, who demanded that he surrender 102 gold bars, 699 gold coins, an ancient bust of Julius Caesar, and rare coins valued at $12.9 million. Armstrong said he'd given the assets away, but a judge didn't believe him and locked him up him for almost seven years, then the longest jailing ever for civil contempt in a federal white-collar case.

Armstrong later spent another five years behind bars after pleading guilty to conspiracy. He wasn't released until 2011, when he returned home to southern New Jersey and began holding conferences for his followers.

At least for the coins, that's largely where matters stood until March 2014, when, according to court papers, a day laborer walked into a Philadelphia thrift shop operated by George and Andrew Antoniak and sold them a box of coins for $6,000. The laborer said he found them while clearing out a house in New Jersey, according to the Antoniaks.

The coins' value -- $2.5 million -- soon became apparent. One of them, a gold penny from the year 1257, is one of just five known to exist and is one of the rarest, most valuable coins in English history. The Scottish coins come from the mid-16th century, and the Greek coins date from 500 BC to 300 BC. The Antoniaks consigned the coins to a Dallas-based auction house, Heritage Numismatic Coins.

"None of those coins are replaceable, all are unique," Armstrong's lawyers claim.

In 2017, Armstrong, a lifelong collector, learned that Heritage planned to auction the coins, and he claimed them as his own. In turn, the Antoniaks sued Armstrong, saying they'd never heard of him before he sought possession and asking the court to declare them the rightful owners. Armstrong then filed his own suit in Pennsylvania.

No one told the U.S. government or the receiver for Armstrong's New Jersey-based company, Princeton Economics International Ltd.

But the receiver, Alan M. Cohen, and his lawyer found out, and in May he filed his own court action in Manhattan claiming title to the coins, citing a decade-old court order. A judge ordered Armstrong deposed, and, Cohen claims, Armstrong finally came clean.

Armstrong admitted that he didn't give the coins to an Australian business partner but instead hid them and others "in a secret compartment in the basement of his mother's home, explaining, in his words, that they had been 'taken off the books,'" in anticipation of his firm's initial public offering, Cohen wrote in a brief.

"Further, Armstrong admitted under oath that the 58 coins, whose whereabouts are now known, were among at least $8 million to $9 million in rare coins that he did not reveal he had during the contempt proceedings for the same reason."

But Armstrong, now 69, said in his own filing that that's not what happened, and that he didn't admit to concealing millions of dollars worth of coins. He said he surrendered coins in 1999 and 2000, and that he assumed the FBI or the receiver had seized others. He also suggested that the 58 coins had at some point been stolen from him.

"Marty did not hide coins or assets," Armstrong's attorneys said in a court filing last month. "Either the government had seized them, or they had been stolen sometime in 1999."

On Thursday, U.S. District Kevin Castel in Manhattan will hear arguments in the receiver's action for control of the coins, which are being held by the auction house. The receiver says it's no coincidence that the coins surfaced around the same time in 2017 that he was seeking to end his years-long litigation against Armstrong.

Reached late Wednesday, Tancred Schiavoni, a lawyer representing the receiver, said he's grateful to the court for its attention over the years.

"My clients acted in utmost good faith at all times," said Steve Harvey, a lawyer for the Antoniaks. He said they didn't know Armstrong until he claimed to be the owner of the coins. "They are Martin Armstrong's most recent victims."

The coins' backstory is just one mystery that may be answered in the case. Another is how Armstrong has managed to get by since his 2011 release from prison. The Antoniaks have a theory.

"A fair inference is that, since his release from prison, Armstrong has been using coins and bullion that he hid from the receiver," they wrote in court papers in April, in which they accused Armstrong of withholding evidence from them. "This helps to explain how the coins at issue in this case came to be found by the man who sold them to the [Antoniaks]. Armstrong hid them and somehow lost control of them during the years of his incarceration -- 2000 to 2011."

In an interview Wednesday, Armstrong dismissed the suggestion of theft, as he did almost two decades ago. "It's just total nonsense," he said. "I do conferences. I am not living off of friggin' coins."

(Except for the headline, this story has not been edited by NDTV staff and is published from a syndicated feed.)
Comments
Economist Martin ArmstrongPonzi schemeJulius Caesar

UK Pharma Firm Most Advanced In COVID-19 Vaccine Race: WHO