Drought-Hit China Plans To Use Cloud-Seeding To Induce Rain: Report

Authorities in China are trying to induce rainfall in the midst of a catastrophic drought, which is caused by a record-breaking heatwave. 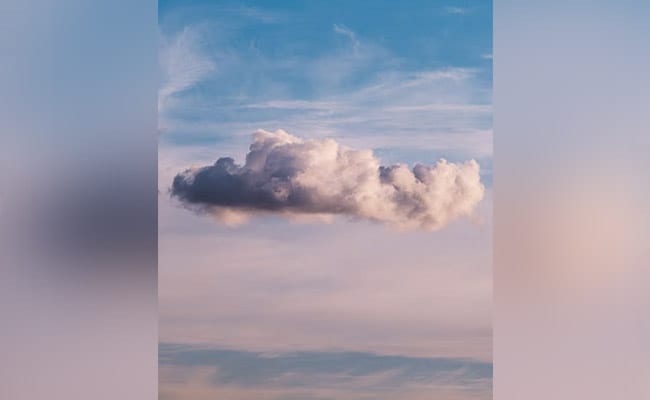 China is using cloud-seeding technology to generate rain to alleviate the drought conditions.

Authorities in China are trying to induce rainfall in the midst of a catastrophic drought, which is caused by a record-breaking heatwave. The country is reportedly intending to utilise cloud-seeding technology to generate rain in an effort to alleviate the drought conditions afflicting several regions, including the Yangtze River basin, according to a report in Newsweek.

The high temperatures have hampered the agricultural development and prompted the shutdown of several companies to preserve electricity.

The water level in Yangtze River, also known as Asia's longest river, has reached record lows. There has been less than half the average rainfall in certain areas. According to authorities, water level in hydropower reservoirs are also down by up to half. Meanwhile, a rise in demand for air conditioning has put electricity suppliers under great strain, reported BBC.

The process of cloud-seeding involves sending aircrafts into the clouds and releasing silver iodide, which induces rain to fall on the ground. The scientists also believe that a geoengineering like this might be used in the future to prevent the impacts of climate change on the planet, Newsweek further said.

According to Desert Research Institute, cloud-seeding is a weather modification approach that enhances the potential of a cloud to generate rain or snow by inserting small ice nuclei into particular types of subfreezing clouds.

These nuclei serve as the foundation for snowflakes to develop. Following cloud seeding, newly created snowflakes rapidly develop and descend from the clouds back to the Earth's surface, boosting snowpack and streamflow.

Some cloud-seeding studies have also shown a 15% increase in snow and rain output from clouds after they have been seeded with silver iodide, although several studies have also discovered that seeding has no effect on precipitation.