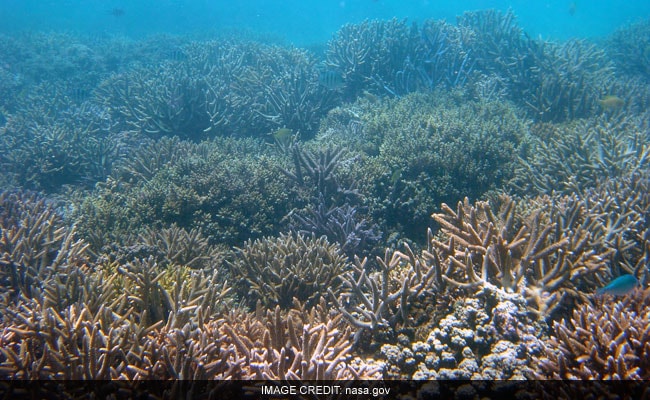 Fishermen reported that 59 coral reef species had gone missing from catches since the 1950s, according to the study conducted by Haribon. (Representational Image)

Manila, Philippines: Dozens of fish species have disappeared or are on the verge of being lost from marine biodiversity hotspot the Philippines, an environmental group said Friday, citing a new study.

Fishermen reported that 59 coral reef species had gone missing from catches since the 1950s, according to the study conducted by Haribon, one of the Philippines' oldest conservation groups, and Britain's Newcastle University.

It based its findings on interviews with 2,600 fishermen across the Philippines, which has one of the highest concentrations of marine species in the world.

Overfishing to meet the demands of a fast-growing population and Chinese restaurants around the region was a key factor in the decline, according to Gregorio dela Rosa, a marine biologist with Haribon.

"These species are usually served in restaurants, swimming around in aquariums. They command a high price. If you have lots of mouths to feed, you need lots of fish to catch," dela Rosa, told AFP.

The Philippines' population has grown to more than 100 million people, from about 20 million in the 1950s.

Dela Rosa said demand from China added to pressure from the local market.

"It has a very big impact because most of our fish are exported to China, also Singapore and Hong Kong. The groupers are highly priced, especially the red ones which are in demand in Chinese wedding (receptions)," he said.

While dynamite and cyanide fishing are illegal and no longer rampant, the study found that they continue to contribute to depleting fish stocks.

The Philippines is part of the Coral Triangle, an area of water spanning Indonesia, Papua New Guinea, Malaysia, Timor Leste and the Solomon Islands that is known as the global centre of marine biodiversity.