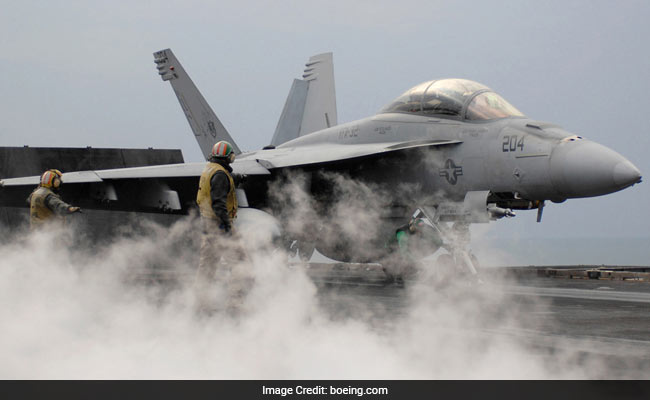 Washington: President-elect Donald Trump on Thursday said he had asked Boeing to provide a price estimate for a new F-18 fighter jet, after bemoaning the soaring costs of Lockheed Martin's F-35 stealth fighter.

"Based on the tremendous cost and cost overruns of the Lockheed Martin F-35, I have asked Boeing to price-out a comparable F-18 Super Hornet!" Trump tweeted.

Based on the tremendous cost and cost overruns of the Lockheed Martin F-35, I have asked Boeing to price-out a comparable F-18 Super Hornet!

His message came the day after he met with some of the US military's top brass to discuss ways of reducing costs, particularly for the F-35 program.

With a current development and acquisition price tag already at $379 billion for a total of 2,443 F-35 aircraft -- most of them destined for the Air Force -- the F-35 is the most expensive plane in history, and costs are set to go higher still.

Once servicing, maintenance and other costs for the F-35 are factored in over the aircraft's lifespan through 2070, overall program costs have been projected to rise to as much as $1.5 trillion.

The next-generation F-35 fighter has been under development since 2001 and both the US Marine Corps and the Air Force have already taken delivery of some of their first planes.

The F/A-18 Super Hornet does not have stealth capabilities and has been in use since the late 1990s.

Lockheed Martin describes the plane's stealth capabilities as unprecedented, allowing it to evade the most sophisticated missile systems.

Trump last week tweeted that F-35 program costs were "out of control." He has also blasted Boeing over the costs for the replacement Air Force One presidential jet.