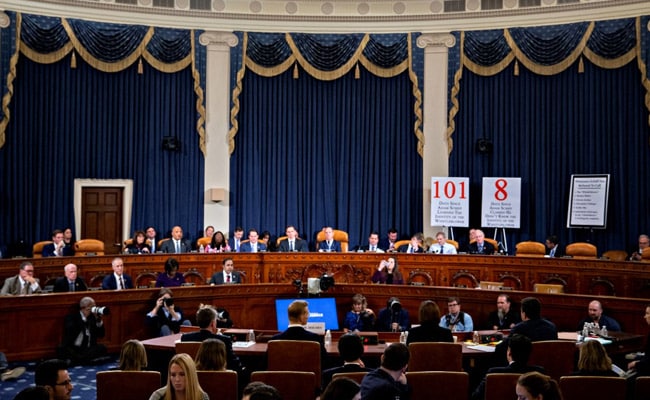 The White House on Friday described a vote by lawmakers setting up President Donald Trump's likely impeachment next week as a "desperate charade."

Trump's press secretary Stephanie Grisham said in a statement that the Judiciary Committee's debate on approving two articles of impeachment "has reached its shameful end."

With the Democratic-led committee's green light, the full House of Representatives is now likely to vote on two articles of impeachment by the end of next week. A trial in the Republican-led Senate will follow.

"The President looks forward to receiving in the Senate the fair treatment and due process which continues to be disgracefully denied to him by the House," Grisham said.

(Except for the headline, this story has not been edited by NDTV staff and is published from a syndicated feed.)
Comments
Donald Trump's impeachmentTrump Impeachment Inquiry